Grace. It’s a word common to all of us. We use it to describe a prayer we say before a meal, its presence is in a variety of song lyrics, it’s what we ask for when we’ve missed a deadline at work, it’s the name of a sweet little girl who lives down the street. But do we ever look at the story of grace?

This month, we’ll be digging into Andy Stanley’s book, The Grace of God. As we explore grace, we’ll discover that it’s not a concept rooted in doctrine, but one birthed out of story. It’s a struggle to wrap our minds around a gift that’s completely unearned and undeserved. The Grace of God looks at the stories of the people in the Bible, those from all walks of life and circumstances, to reveal a time when God tipped the scales in their favor. We’ll see a bit of us in their stories and that we’re all in need of not just any grace, but God’s grace.

A Struggle
Andy Stanley describes grace like this, “It’s what we crave most when our guilt is exposed. It’s the very thing we are hesitant to extend when we are confronted with the guilt of others—especially when their guilt has robbed us of something we consider valuable. Therein is the struggle, the struggle for grace.”

But grace isn’t something we deserve or earn, it’s the exact opposite. It’s something we don’t deserve. It’s easy to accept, a bit harder to give. It involves admitting that we don’t deserve it to fully experience it. Stanley emphasizes, “Grace acknowledges the full implication of sin and yet does not condemn.”

In the Beginning
This is how I often end my day. There’s nothing quite like a Colorado sunset to leave you in awe. Yes, I typically marvel at the masterpiece God creates in the landscape at dusk. But I’ve never really thought of this beautiful sunset as an extension of His grace.

As Christians, we often associate grace with New Testament living. But grace was there from the beginning. When God created the universe and gave it to humanity; that was the beginning of grace. He created the world and everything in it—and it was good. Is it something we deserved? Or earned? Not even close. Yet, God lavishly gives it to us every day to enjoy, it was His intent from the beginning.

In Chapter One, we see that God responded to the sin of humanity by extending His amazing grace. Instead of death, Adam and Eve were allowed to live. Trust was broken and there were consequences, but Adam and Eve got to stick around. God clothed them because they felt shame, even when Adam blamed God for their fall into sin, God responded with something they didn’t deserve—grace. And in that moment, we see the promise of grace personified in the way that is familiar to us today, through Jesus.

Think On This
Describe what grace means to you. What is it like to experience receiving grace? What is it like for you to extend grace to someone else? Why is it so easy for us to blame God first when we sin? What does the following quote from the book mean for you? “Grace is never just enough. It’s always far more than enough.” 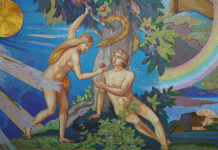 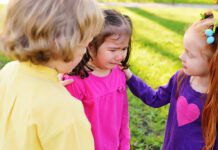 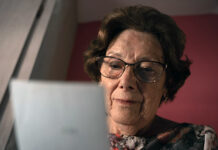 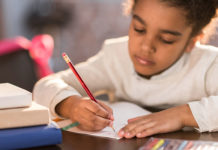 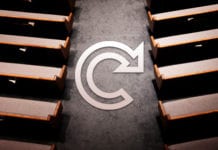