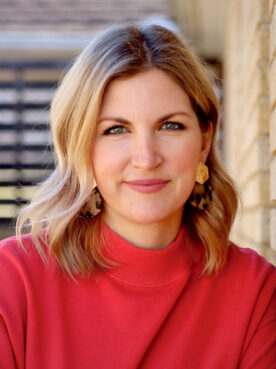 They do end with a blessing for those whose recipes were used, though. A recipe for hot rolls — a surprisingly simple favorite the pastor has made over again since — was accompanied by verses from Scripture about Jesus being the “bread of life.”

And they did help her connect with her new congregation.

The hot artichoke dip Williams had made in the first episode of “Lent’s Eat” came from a recipe written by an elderly church member named Doris Turentine. Turentine’s granddaughter showed her the video. The pastor was invited to meet her before she died and then to officiate her funeral.

“It may not have made the family or her feel better, but it certainly made me feel like I had at least had a moment to know Doris because she was an excellent cook. She had several recipes in the book. That was one of the things she was really well known for,” she said.

This year, as Lent arrives, Elm Springs is back to meeting in person. Williams, however, is still cooking and posting videos online. Instead of working from a cookbook, this time she is making recipes submitted by members of the congregation.

And, like last year, she hopes it will bring some light to a dark time.

“Even now, we can’t obviously hide from the heaviness of the world,” Williams said.

“But there are moments when I think it’s appropriate to lighten that burden for others. And so that’s, I think, what this was: It was just a little sweet light in a world of heaviness, and I think that was meaningful.”

In the bowl of a stand mixer, combine the yeast and 1 cup of flour. Briefly mix with a spoon, then add sugar, 2 tablespoons of oil and hot water. Beat on medium speed for two minutes with a paddle attachment. Add 1/2 cup of flour, salt and the egg, then beat on high speed for another two minutes. Stir in the remaining 1 1/2 cups flour by hand until a shaggy dough forms, making sure to scrape down the sides of the bowl. Give it a quick knead in the bowl to ensure it is completely combined.

Grease a large bowl with 1-2 tablespoons vegetable oil. Place the dough in the bowl and cover it with plastic wrap. Set the bowl on the top rack of an unheated oven for one hour, preferably with a shallow pan of hot water on the bottom rack. The enclosed space and steam from the water will help the dough rise.

Once the dough has risen, briefly knead the dough on a well-floured surface. Divide it into 12 pieces of about equal size. Roll into balls and place on a greased or parchment paper-lined baking sheet. Let rise another hour in the oven. Once the rolls have risen, take them out of the oven and preheat to 400. Bake for 12-15 minutes or until golden. These are delicious brushed with melted butter or olive oil after you take them out of the oven.