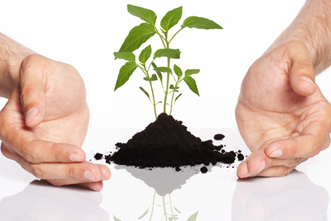 How do you measure a successful church plant? The ideal church plant would have high probability of becoming a high potency church—one able to not merely survive, but grow and multiply.

The biggest groundbreaking discoveries in the field of North American church planting to have occurred in the past fifteen years involve the need for developing a church planting process. The challenge of trying to launch successful churches in the postmodern culture of the twenty-first century has necessitated the shift in emphasis toward a systematic process for church planting by nurturing and supporting church planters using a well-defined process. This process enhances the odds of sending out high-probability, high-potency planters. I see ten ideal factors that need to be considered in any church planter training process.

1. CHURCH PLANTERS ARE CALLED BY GOD

Assessment can range anywhere from a few hours to a few days. They can combine personality testing, interviews, interactive exercises, individual and group presentations, and written evaluations by peers, assessors, and the candidates themselves. Good assessments not only assess the candidate, but also their spouse. The experience usually culminates in a written report with recommendations on the suitability of a candidate to lead or participate in a church plant.

At each year, the church planters who were assessed lead churches that were approximately 20 percent larger than those who were not assessed (averaged over a four-year period). The third year was the most substantial with a 27 percent difference in church size. (5)

Trained planters do noticeably better than untrained ones. (6) Every planter needs at least a few days of specific training in planting a church. At Liberty, we offer an MA in Church Planting and an MDiv specifically designed to help church planters be successful.

A Launch Team is the group team of laypersons who meet with the church planting pastor(s) prior to launch to give, pray, and invite friends, and who will be the primary workers and leaders in the new church. In most church planting models, at least some, if not all, of these people/positions are needed to launch an effective public worship service:  set-up supervisor, 2) audio/video overseer, 3) preschool children’s ministry leader, 4) nursery overseer, 5) first impressions overseer of greeters, ushers, information table, coffee/donuts, 6) worship leader.

a. Those who use a “large first meeting” to start their church evidence a larger attendance in the second through fourth years. (13)
b. The larger the “birth weight,” the healthier the “baby.” (14)

There is never enough funding for a church planter. Start-up costs, salary, benefits, staff, etc. all cost money. The research is clear: full-time church planters lead churches that are larger than those who are not full-time. (15) Through the Liberty Baptist Fellowship, we can help fund all of our approved church planters. We also have strategic connections with several denominations, including the Southern Baptist convention.

There are several types of internships that especially help church planters. One is to serve for a summer or a semester as a launch team member for a church plant. A second type of internship involves serving on staff of the mother-church for several months to a year.

Being a launch team member gives the church planter an up-close and personal look at the church planting process. It provides them with hands-on experience with the rigors of reaching, gathering, and churching non-churched people, the frustrations of setting up in rented facilities, the challenge of working with volunteer workers. It also gives them greater empathy for the people who will one day serve on their church plant team.

When a church planter serves on the staff of the mother-church, they can have a platform for gathering a sufficiently large launch team, doing demographic studies, scouting facilities, and getting used to the culture. An ideal situation would be if a church planter could be funded by a mother-church six months prior to launch and could use the church office as a base of operation.

a. Repeatedly, church planters complain of the isolation of being on the field all alone.
b. Research indicates that there is a noticeable attendance increase among church planters meeting with mentors. In year one, the gap is 12%. In year two, that gap is 16%. Year three is 13%. Finally, year four evidences a 25% gap. Supervision has similar positive results. Churches led by church planters involved in weekly supervision meetings lead churches that are substantially larger than those who are not. Similar to mentoring, a weekly supervision meeting makes it the best stewardship. Supervision does matter, but meeting weekly makes more of a difference. Meeting with a supervisor may indicate a heavy involvement by the sponsoring entity—the planter would probably have a close relationship with the supervisor. (16)

Meeting with other church planters does increase the effectiveness of the church planter, especially during the earliest years. (17) Gathering church planters together monthly is greatly appreciated by the church planters and considered quite helpful. The monthly gathering is hosted by a different church planter each month. They may have the group gather at a restaurant in their area or, if office facilities are available, the meeting is held there. The planters eat and then take turns sharing about their church and personal walk with God. The result is always encouragement. Church planting is an often lonely enterprise. There is something uplifting about gathering with others who truly understand what one is experiencing.

10. CHURCH PLANTERS PLANT AS A DAUGHTER CHURCH OF A HEALTHY CHURCH

Beginning in 1999, the author led his church in the process of intentionally and consistently sending out healthy daughter churches. As of the time of this writing, four have been planted and another three are in the womb. The author found that serving as a sending church multiplies the ministry of the home churches into places it would never reach because of either geographical or cultural limitations. One of the daughter churches is on the campus of the Ohio State University. This unique church ministers to students who would never have been impacted by the mother-church. Another church humorously defines the target audience in their neighborhood as “Hos, Homos, and Hobos” describing the diverse clientele of prostitutes, homeless people, gay men, and lesbian women that they attempt to reach. The mother-church had little, if any, impact with these groups prior to the launch of the new church.

Planting churches not only spreads impact, it increases the number of people reached for Christ. In 1999, the author’s church had an average weekly attendance of 1,071. From 1999 to the fall of 2005, the church gave away well over 200 people to serve as members of four church planting teams. However, the combined attendance of the four new churches and the mother-church during the fall of 2005 exceeded 2,600 people! (19)

Some churches are reluctant to plant daughter churches because of a fear that doing so will negatively impact the attendance of the mother-church. The author’s experience points to the opposite. The five years prior to planting the daughter church, the author’s church grew at a rate of 33 percent. However, during the five years that the church was involved in sending out daughter churches, the church grew 45 percent! From 1998 to 2003, the church sent out three new churches, yet grew by an average weekly attendance of 730 a week. Clearly, it is impossible to out-give God. (20)

Choosing to become a mother-church helps keep the mother-church on mission. Too often, churches in their second and third decade plateau and decline because of lost vision and urgency of mission. But when new churches are being planted every few years, the mother-church is consistently reminded that she also exists to win the lost to Christ. This sense of urgency translates easily into increased outreach. In 1999, the year before the author’s church began to plant churches, the church baptized 60 people. Six years and four church plants later, the church baptized 125 people in the year 2005. (21)