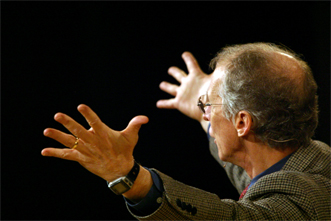 There are at least 14 convictions that have driven Bethlehem’s commitment to missions in recent years. The leadership knows them and loves them. They shape all we do. If you are a part of Bethlehem, you need to know them, too.

May the Lord cause them to capture your heart and fill you with fresh zeal for the greatest cause in the world. There are only three kinds of Christians when it comes to world missions: zealous goers, zealous senders, and disobedient. May God deliver us from disobedience!

God created man and woman to fill the earth as his image-bearers (Genesis 1:26-28)—not to gain more glory for himself but to invite people from every tribe and tongue and nation into the enjoyment of his glory.

God is perfectly glorious and self-sufficient in the fellowship of the Trinity. So he had no need for people to praise him, but he had a profound desire to share his glory and joy with a redeemed people.

God’s desire to bless all the nations to the praise of his glory is the golden thread weaving its way through the Scriptures and the history of redemption. Jesus Christ himself in his self-emptying and in his identification with sinful humanity to the point of his substitutionary death on the cross is the perfect manifestation of the missionary heart of God.

Conviction #2—God Is Passionately Committed to His Fame. God’s Ultimate Goal Is That His Name Be Known and Praised by All the Peoples of the Earth.

In Romans 9:17, God promised that he would send messengers “to the coastlands afar off that have not heard my fame or seen my glory; and they shall declare my glory among the nations.”

We believe that the central command of world missions is Isaiah 12:4, “Make known his deeds among the peoples, proclaim that his name is exalted.”

The Apostle Paul said that his ministry as a missionary was “to bring about the obedience of faith for the sake of [Christ’s] name among all the nations.” (Romans 1:5)