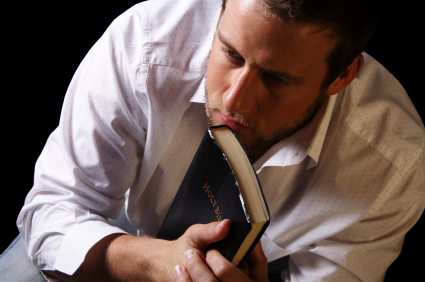 Nobody has ever accused Richard Dawkins of soft-pedaling his views about religion and faith.

In a recent interview, the Oxford professor trotted out his anti-Christian rhetoric once more, saying he cannot think of any positive benefit—however small—that religion has made to the world.

Dawkins seems to enjoy using inflammatory language. He has likened religion to a computer virus and has said that baptizing youngsters is child abuse. When asked in a recent interview with Laura Sheahen of beliefnet.com what the world would be like if children were raised without religion, he replied: “It would be paradise on earth.” The route to achieving this Utopia, he said, is through education and rationality—conveniently forgetting that Nazi Germany was one of the most highly educated cultures of its day.

To Dawkins, thinking people should reject faith. “My suggestion,” he intoned, “is that you won’t find any intelligent person who feels the need for the supernatural.” (I suppose that means anyone reading this magazine is stupid, by definition.)

It’s easy to dismiss Dawkins’ views as silly. However, reading his opinions reminds me of how important it is for churches to reach out to people who consider themselves to be intellectuals.

While Dawkins thinks education should purge a person of religious belief, the truth is that many people—myself included—have become Christians precisely because they have examined the faith from an intellectual perspective. Indeed, Christianity is built on an actual event—the resurrection of Jesus Christ— that can be investigated historically.

So what steps can your church take to reach out to “thinkers” in your community? Here are some suggestions:

• Let your community know that your church welcomes questions.

Skeptics often imagine a sign in front of churches that says, “No Questions Allowed.” They think churches are bastions of anti-intellectualism and that those who harbor spiritual doubts should pursue answers elsewhere.

So create a culture that encourages those with questions to seek answers in your church. Don’t chase them away by offering 25-cent responses to their million-dollar issues.

Every church has people who love researching the evidence for Christianity and arguments against cults and other religions. Why not coalesce them into a ministry that can help you reach out to people who have legitimate questions about faith issues?

For instance, they can help the pastor prepare sermons that deal with challenges to Christianity. And they can assist people in the congregation in reaching out to friends who have intellectual stumbling blocks or are members of another religion.

Another role for your apologetics ministry will be to create outreach opportunities for people whose path to God is hindered by intellectual issues.

This might include the development of tough question forums, where seekers can ask their most pressing questions about Christianity, or small groups that are designed to tackle such difficult issues as the existence of God.

One last thing: As you help “thinkers” find answers to their questions about God, remember that intellectual objections are often used to mask deeper issues. In other words, it’s more acceptable for people to claim they have a philosophical problem with Christianity than to admit they really don’t want to abandon an immoral lifestyle.