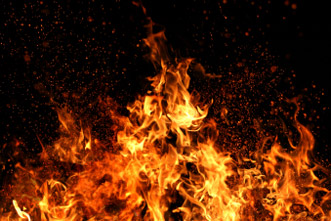 Moses said to the LORD, “O Lord, I have never been eloquent, neither in the past nor since you have spoken to your servant. I am slow of speech and tongue.”

The LORD said to him, “Who gave man his mouth? Who makes him deaf or mute? Who gives him sight or makes him blind? Is it not I, the LORD? Now go; I will help you speak and will teach you what to say.”

But Moses said, “O Lord, please send someone else to do it.”

Then the LORD’s anger burned against Moses.

God had approached Moses with an assignment that was over his head. The Lord was going to take on the leader of the most powerful nation in the world at that time in order to free His people from slavery…and Moses was going to be His representative.

Moses’ initial response seemed to indicate a genuine humility: Who am I that I should go to Pharaoh and bring the Israelites out of Egypt (3:11)?

God simply responds with, “I will be with you.” No hint of anger whatsoever.

Moses continues to ask questions, all of them pretty legitimate. And every time, God responds by giving him a game plan and telling him He’s got it covered. Once again, no anger.

But then Moses oversteps his bounds. He implies that his poor communication skills will undercut God’s intention to use him to speak on His behalf. We might be tempted to think that Moses is once again displaying humility.

In fact, it’s just the opposite. It’s pride.

Moses’ problem isn’t that he’s too humble and doesn’t believe in himself. It’s that he’s prideful and thinks God’s capability rises and falls with his own inability.

We often think pride means overconfidence in our own abilities. Or possibly attributing the source of those abilities to ourselves rather than God. But there is another side to pride that is often overlooked. It can also mean that you believe your limitations are an unstoppable obstacle to God’s power and purposes in your life.

There’s nothing quite so prideful as thinking that you have the ability to single-handedly thwart what God wants to do in and through you.

This time God isn’t patient or nice to Moses. He doesn’t respond with a “you just need to believe in yourself, you’re better than you think,” motivational talk. He actually turns angry because Moses’ perspective is monumentally insulting to God. A God with limitless power and ability has no desire or time to hear about the limitations of the people He wants to use.

You’re not that big. God knew your limitations long before you were ever even aware of them. Don’t stop selling yourself short. Stop selling God short. He used a stuttering, murdering shepherd to set a whole nation free.

Imagine what He could do with you.