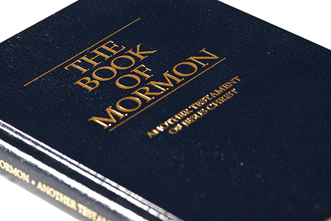 A new survey by LifeWay research asked 1,000 U.S. Protestant pastors to agree or disagree with the following statement: “I personally consider Mormons (Church of Jesus Christ of Latter-day Saints) to be Christians.” 75 percent of those polled said they disagreed with the statement, 60 percent strongly so. Just 17 percent agreed (6 percent strongly) and 9 percent said they weren’t sure.

Ed Stetzer, vice president of research and ministry development at LifeWay, commented, “Though pastors believe overwhelmingly that Mormonism is not Christianity, their opinions should not be [viewed as] personal scorn for Mormons. A person can respect a religious group and even appreciate their commitment to traditional moral values without equating their beliefs with Christian orthodoxy.”

“Individuals holding to the Mormon faith are in the news in politics, entertainment and sports,” Stetzer said. “It is inevitable that pastors will be approached with questions from their parishioners regarding the Mormon belief system. All ministers would do well to learn about Mormonism and have an answer ready for their congregations.”