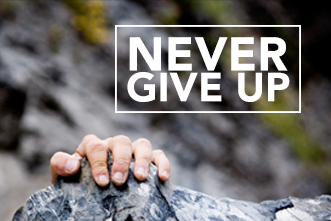 Don’t give up sharing your faith in Jesus, even when it seems like a waste of time.

Over the last couple of weeks, I’ve been thinking about Russell. Not Russell from Up! (probably my favorite Russell); not ‘evil Russell’ from Survivor (probably my least favorite Russell); and not the short, freckly kid who thought it would be funny to climb the tallest tree at school and tie my bag up there when I was in Year Nine (probably somewhere in between the other two Russells).

The Russell I’ve been thinking about is a man who changed my life. But I don’t even know his last name, and I met him just once, more than 15 years ago.

I met Russell in the food court at Westfield Miranda—not usually a venue for life-changing encounters. I’d just finished lunch and was heading for the escalator when Russell politely stopped me and asked if we could chat. Russell was a Christian, and he wanted to talk to me about Jesus.

I’d grown up in a churchgoing family, heard the good news of Jesus’ death and resurrection most weeks at church or youth group, and at one time called myself a Christian.

But around the age of 16, I slowly started wandering away from church. By the time I met Russell, any mention of Jesus made me feel slightly awkward—maybe even a bit guilty, or a bit foolish. I’d never decisively rejected the truth of the Bible; in fact, I was intellectually persuaded that it was true. I just decided that other things in life were more important or interesting.

So I tried my best to forget what I knew. Hearing about God (especially from someone like Russell, who was clearly excited about his relationship with Jesus) was a challenge I could do without.

Fortunately, in the providence of God, not only was I uninterested in hearing the name of Jesus. I was also too polite to say no to Russell. So I talked to him for what I think was about 15 minutes.

It’s a vague memory, but I know he asked me what I thought about Jesus, if I had read the Bible, and why I had stopped going to church. He then explained the gospel to me, and gently encouraged me to reconsider Jesus’ place in my life. For some reason, when he asked for my phone number to continue the conversation, I gave it to him.

A couple of nights later, to my surprise, Russell called. I thought, “Wow, this guy actually cares about me!” But I still didn’t want to talk.

Russell invited me to church. He asked me to another Christian meeting on the weekend. He encouraged me to seriously consider what I believed.

In each case, I had an excuse. We ended the phone call politely enough, but I’d managed to rebuff all of Russell’s kind and patient attempts to point me back to Jesus.

Russell must have ended that phone call feeling totally discouraged. He must have felt like it was all a complete waste of time.