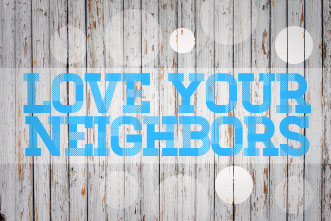 When I got my first job in ministry right out of high school, the Internet was just starting to be a thing. I remember how excited I was when we installed our first broadband access at this growing church. Broadband back then meant “anything faster than dial-up.”

It was a major accomplishment to simply have a website—with pictures, even! Social media wasn’t a concept, much less a job description. Most of the online conversations we had with colleagues and friends happened over email. A few of us rebels used instant messaging.

It is quite different now. The web has matured and is now at the epicenter of the marketplace. Not only do we have better broadband, we can watch five-minute cat videos (not that there’s anything wrong with that). We also gather around a digital water cool on Twitter, Facebook, Instagram and other networks the kids tell me about.

Mostly, this is fun and useful. Has there ever been a time in history when celebrities are as close to the people? In the old days, if I wanted to ask Tim Keller a question, I’d have to look up his church in the phone book (yes, a phone book). Today, I can tweet him a question and get an answer.

Social media allows us to join tribes based on common interests. It can be leveraged for social good. And often drives conversation around important issues.

But social media can also bring out the crazy in all of us. Somehow, even the best of us throw off restraint behind the keyboard and find a strange new hubris. We say things about people or even to people that we’d never say if the conversation was happening in flesh and blood. The most clever and the manipulative among us are able to form critical narratives about people with whom we disagree. Sometimes with a creative hashtag.

Followers of Christ need to continually think and rethink their social media engagement. We are presented with both opportunity and danger, peril and potential. Platforms can be powerful vehicles for delivering the timeless message of the gospel story, with all of its radical, paradigm-shifting impact. They can also fan the flames of self-righteousness and nurture the worst lusts: pride, anger and self-importance.

If you are active on social media, you’ll find it difficult to always pinpoint, exactly, where that line is between winsome and prophetic engagement on the one hand and snarky, flesh-building arguments on the other hand. Often what seems reasonable to the one tapping the keyboard comes like a cold slap to the recipient. We know our own blind spots, and we’re often defensive when they are pointed out. But we can do better than we are doing.

Two things are true about Christians and social media:

1. If we love our neighbors and care about the shape of our cities, we cannot afford to withdraw from the conversations in the digital public square.

2. We must work hard to engage our ideological opponents gracefully, even if it means enduring insult and withholding rhetorical retribution.

You’ll find no verse in the Bible about Twitter. But Peter’s words in 1 Peter 3:15, written to a marginalized Christian minority, might be a good guide:

But in your hearts, honor Christ the Lord as holy, always being prepared to make a defense to anyone who asks you for a reason for the hope that is in you; yet do it with gentleness and respect.

To a people misunderstood for their radical devotion to a crucified Jew from Galilee, Peter presents two competing ideas: a willingness to unflinchingly articulate gospel-shaped arguments and a commitment to a tone of civility and grace.

Because we believe each human bears the image of God, we cannot consider any person, regardless of what they believe, to be undeserving of respect. We also must love enough to share the truth, even truth that pings the conscience.