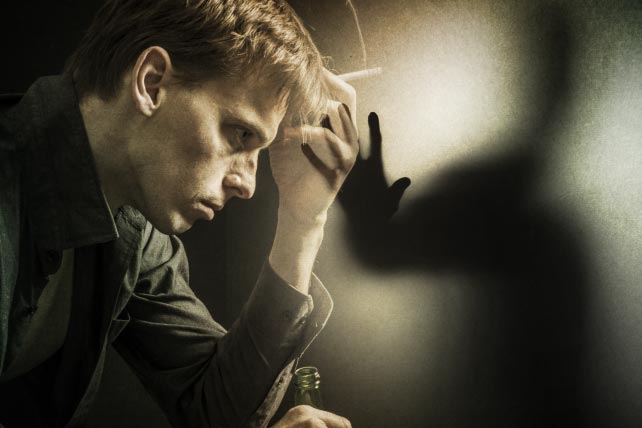 Robin Williams’ suicide has sent shock waves through the world.

Williams was a man bursting with manic energy, an out-sized personality, prodigious dramatic talent, and a completely unique comic genius. He could make us roll on the floor in laughter and he could move us deeply to tears. Many of us have memories of his performances that stretch back into our childhood.

Now suddenly, at age 63, it appears that he has taken his own life. For this tragedy it is too early for any more words. Let us cover our mouths, weep and pray for his family.

But for some of us in the household of Jesus, Williams’ death hits hard for very personal reasons. For some, a profound, oppressive darkness is threatening to douse the little light and hope they see. They are fighting for dear life to remember and believe that life is worth living. And Robin Williams’ surrender is sucking the hope that they will be able to keep fighting.

If that’s you, I simply want to point you to hope by recommending a few things:

1. Read the book of Ecclesiastes. That may sound strange because some find that book depressing. But I have appreciated this book most in my darkest times. Reading it will remind you that the Bible deals straight up with the bleakness of futility—finding hope in the world apart from God in this age. And it has clear pointers to hope.

2. Then read the book of John. Here is the Hope. The Light of the world shines with unique brightness in this book, and in his light we see light (Psalm 36:9).

3. Look through our list of free resources for help dealing with depression and despair.

A while back, I wrote about what I learned in one of my dark spiritual storms. It might be helpful to you.

You Are Not Alone

And one thing you need to remember is that the oppressive darkness and the temptation to despair is common to man. You are not alone. About one-fourth of the Psalms are written to help you. And one man’s surrender to the darkness does not at all mean that’s where you’ll end up. This precious promise is for you:

No temptation has overtaken you that is not common to man. God is faithful, and he will not let you be tempted beyond your ability, but with the temptation he will also provide the way of escape, that you may be able to endure it. (1 Corinthians 10:13)

The Fight for Hope

For others in the household of Jesus, Robin Williams’ death is a reminder of another precious, precious loved life that ended in a similar incomprehensible surrender, and has reopened the wound that will never fully heal in this age. Ineffable love and sorrow and confusion and maybe anger has been stirred up again and they are fighting for hope that suicide may not be the final word on that life and that the God who did not intervene to prevent it is good—or is there at all.

If that’s you, I’d like to point you also to a few helpful resources:

1. Suicide is not the unforgivable sin. John Piper shared some very helpful thoughts on an episode of “Ask Pastor John” last May titled “Suicide and Salvation.”

2. John also has preached a number of funerals for believers who committed suicide. This one from 1988 and this one from 2007 are particularly hopeful and helpful.

3. Our National Conference from 2005 focused entirely on suffering. I recommend every session. But a particularly poignant one might be Mark Talbot’s message “Seeing God’s Gracious Hand in the Hurts Others Do to Us.”

Listen to the Light

One thing for you to remember is what C.S. Lewis’ Aslan once said: “I tell no one any story but his own.” Essentially that was what Jesus replied to Peter, who wanted to know Jesus’ plans for the Apostle John: “What is that to you? You follow me” (John 21:22). And remember that someday:

He will wipe away every tear from their eyes, and death shall be no more, neither shall there be mourning, nor crying, nor pain anymore, for the former things have passed away (Revelation 21:4).

For most of us, depression is an indication of what we are believing. Let us not listen to the darkness and its seductive, hope-depleting half-truthed lies. It leads to a black hole. Listen to and move toward the Light. Light will dawn for those who trust him (Psalm 112:4). It’s a promise.