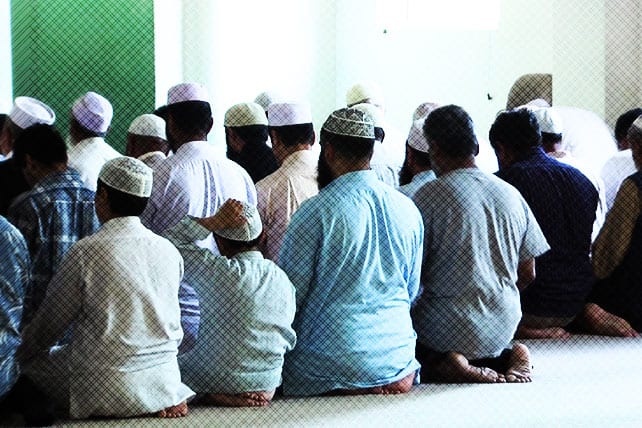 When the average Westerner hears “Muslim,” a number of images come to mind—mostly negative. But most Muslims would be just as horrified as we are at the assumptions entertained about them. Here are some of the most common misconceptions that Westerners have about Muslims:

Christians won’t usually come out and say that they think all Muslims are terrorists. But many do assume that the majority of Muslims support terrorism, albeit quietly. Much has been written about how Islam was established “by the sword,” or how Muslims engaging in terrorist activity are simply obeying what the Qur’an tells them to do. It is certainly easy to find Muslims using the Qur’an to justify violence. Even when you give the Qur’an a charitable reading, asking “What would Muhammad do?” will lead to a very different place than “What would Jesus do?”

That said, most of the Muslims you encounter—either in Western or in Islamic countries—are not violent people. They are kind, peaceable people and they are often embarrassed by the actions of Muslims throughout the world. While there is a good chance they see world politics very differently from the average Westerner, you will most likely find them warm, hospitable and kind.

Yes, sincere Muslims believe that Islam will one day rule the world. And we can certainly chide Muslims for not speaking out more against terrorism. But we won’t get very far with them when we assume things about them that are not true. Just as we hate to be maligned, they hate it also.

Westerners often think of the Islamic woman as severely oppressed. They have a mental picture of a woman, hunched over, walking six feet behind her husband, staring dutifully downward. She can barely read, can’t write at all, and longs for freedom from the oppressive rule of Islam and her dictatorial husband.

This is often very far from the truth. Here are three things to keep in mind about the women of Islam:

A. Many Muslim men and women are happily married. The married couples I met when I lived in a Muslim country certainly didn’t do “romance” as Westerners are accustomed to. But neither were the women the demeaned sex-slaves that many Westerners often assume.

There were, of course, some exceptions. I had friends whose wives were rarely allowed out of the back of the house, must less out into the community. And there are certain cultures (Afghanistan, for instance) in which oppression seems more the norm than the exception. But it is an overstatement to say that all Muslim women see themselves as oppressed.

B. Women are often the most ardent defenders of Islam. Ironic but true: Despite Islam’s history of oppression, women will often be Islam’s most ardent supporters. Many Islamic women, especially in the Western world, call for reform in how women are treated in Islamic culture, but rarely for an end to Islam itself.

C. There is no denying, however, that the Qur’an and Hadith speak disparagingly of women. The Hadith says that 80 percent of the people in hell are women. In explaining why the witness of a woman is equal to only half of a man’s in court, it says “because of the deficiency in their brains.” The Qur’an says that Muslim wives “are like a field to be plowed,” which has often been used to legitimize patriarchy and male dominance. And none of this takes into account localized practices which often exceed the Qur’an in brutality.