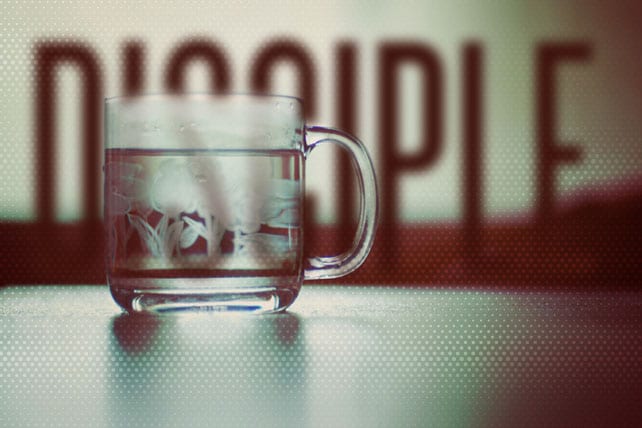 “And whoever gives one of these little ones only a cup of cold water in the name of a disciple, assuredly I say to you, he shall by no means lose his reward” (Matthew 10:42).

My friend Barbara was waxing nostalgic about the Coke commercials through the years. “I’d Like to Teach the World to Sing” was the best song at the time (find it on youtube). And the “Mean Joe Greene” commercial was the absolute best TV ad.

In that commercial, a kid comes up to this all-pro Pittsburgh Steeler named “Mean Joe Greene” for his toughness—and also because Joe Greene is his name and the prefix “Mean” gives it a certain something—and hands him a Coke. Greene has just played his heart out on the field and is clearly exhausted. He swigs down the soft drink. Then, as they are departing, the giant athlete calls out, “Hey kid.” The boy turns around and Greene pitches him the jersey in which he has just played the game. Ask any fan. It was a great swap and a magic moment.

I thought about the business of giving a cup of cold water—or a Coke—to a great champion and remembered a time when I did something remotely akin to that.

Billy Graham was speaking in Charlotte’s Ovens Auditorium that night, reminiscing about growing up in our city (I was pastoring the First Baptist Church there), and I had to miss it. A church member was having a retirement party and wanted his pastor present. But I got away as quickly as I could and drove across the city.

As I walked toward the auditorium, people were leaving. “Is it over?” I asked.

“He’s taking questions from the audience.”

Just inside, I bumped into one of our members who managed Ovens Auditorium for the city. We greeted and he told me something.

“If you’d like to meet Dr. Graham, go around the side to the stage entrance.”

It had never occurred to me that I might actually meet this distinguished man of God. Yes, I would love to do so.

Inside the back entrance, the place was mostly empty. Just the barren stage. Off to the left several men in dark suits stood chatting softly. They had to have been Mr. Graham’s hosts from the newspaper, sponsor of the evening. To the right was the massive curtain, beyond which “the man” stood.

On this side of the curtain sat a small table with a water pitcher and two glasses.

Well, what does the man want after standing out there talking for an hour or more?

I walked over, poured a glass of water, and held it. A moment later, I heard Mr. Graham say, “Thank you very much.” Everyone applauded and he stepped through the curtain.