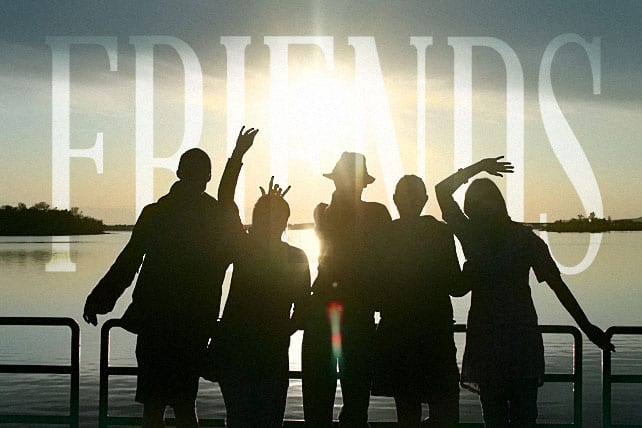 I read a recent survey about friendship that was disheartening, but not terribly surprising. Since the 1980s, the number of “close friends” we Americans have has declined. Thirty years ago, most people had three confidants, people outside their family they could confide in (and did confide in). Now that average is down to two … and 25 percent of the survey respondents said they had no one they would consider a true friend.

Odd, isn’t it? In our Facebook world, most of us have more “friends” than ever before. But genuine friendships seem to be increasingly rare. Just think, for instance, of your own father. Can you name some of your dad’s good friends? Not “people he worked with,” but actual friends. If you can, I’m guessing you’re in the minority. Most guys quit pursuing friendship after they get married.

So friendship may be a rare commodity these days. But I suspect that most of us still yearn for it. And for good reason. Friendship goes to the very core of our identity. It is something so fundamental that a life without friends is not only sad, but literally subhuman.

1. Friendship matters because we are made for it.

The doctrine of the Trinity may be one of the most complex aspects of Christian theology, but it gives us a glimpse into the very foundation of friendship. From all eternity, the Father and Son have existed in relationship, bound together in friendship love (John 15:9–17). And because we are made in God’s image, we also are made for friendship.

Here’s what staggers me about that thought: When God created Adam, before anything bad had happened, he declared it “not good” that Adam be alone. Why? Because Adam was like God, and God was not alone. Adam wasn’t lonely because he was imperfect; Adam was lonely because he was perfect. Every other problem in our lives arises out of our sin and imperfections. But loneliness is the one problem that we have because we are made in God’s image. So if you’re content being a loner, congratulations: You aren’t very much like God.

As C.S. Lewis said, “Friendship is unnecessary, like philosophy, like art. It has no survival value; rather it is one of those things that give value to survival.” You can “get by” without friends. But you can’t really live without them.