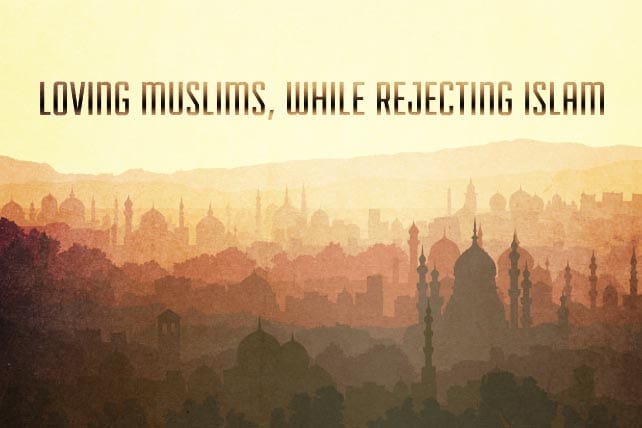 Only one major world religion has a built-in apologetic against Christianity: Islam.

“While I profoundly disagree with Islam,” says Zane Pratt, dean of missions at Southern Baptist Theological Seminary, “I love Muslims.”

For 20 years, Pratt lived and ministered the Christian gospel among Muslims in Central Asia. He knows the religion well and is one of the foremost evangelical teachers on Islam. And perhaps the first thing he’d say to Christians about Muslims is, “Don’t be afraid.”

“We Fundamentally Disagree on Essentially Everything”

In our post-9/11 milieu, Pratt finds himself not only combating fear but many popular misconceptions about Islam—one being that Arab and Muslim are the same. They’re not. Most Arabs are Muslims—but not all—and the majority of Muslims are not Arab.

Another misconception he hears is that Christianity and Islam are essentially the same. When someone asserts this, Pratt profoundly disagrees, and responds, “You don’t know one, the other or both!” Says Pratt about Christians and Muslims, “We fundamentally disagree on essentially everything.” But he stresses that Christians need not agree with Islam to be loving, and to care deeply about our neighbor’s immediate and eternal good.

Love and Pray for Muslims

In a nutshell, Pratt’s advice to Christian pastors and leaders is, “Lead your congregations to love Muslims, and not be afraid of them. Pray for them and engage them wherever you are, and you will find them almost anywhere—even in small towns in America now. Love them, pray for them and expose them to the word of God.”

In less than 15 minutes, Pratt gives us a veritable “Islam 101” in this episode of Theology Refresh. In some ways it’s a straightforward and simple religion, he says, able to be summarized in six doctrines and five practices. He not only warns of misconceptions but highlights the importance of Christian intentionality and hospitality in seeking to extend the gospel to Muslims—whether in the U.S., the U.K., the Middle East or elsewhere.