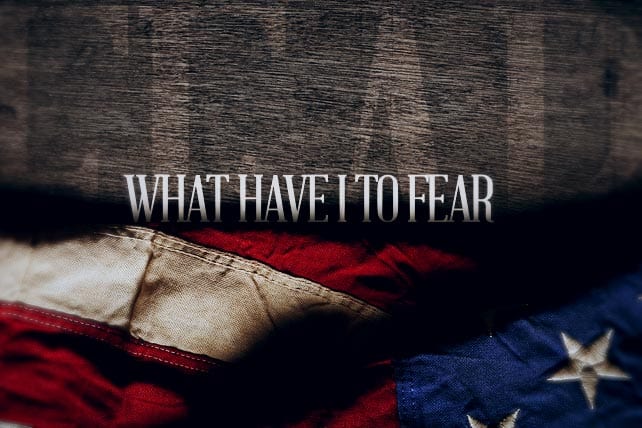 Fear has always been a factor in democratic elections. During economic recession or war, fear clarifies the choice of the electorate for a candidate who promises to create prosperity and guarantee safety. In sunnier times, fear helps the electorate choose the one who will keep the good times rolling.

Dennis Goldford, professor of political science at Drake University in Iowa, who studies the intersection of religion and politics, said, “Fearful and angry people vote. People may well vote to advance certain kinds of ideals, but they will also vote if it’s a matter of self-protection.”

Naiveté is no virtue, so we are not in favor of Pollyannaish disengagement. But Christians must be willing to ask themselves some hard questions. Is irrational fear driving our cultural and political engagement more than it should? By angry public statements in support of the candidates they prefer, are Christians demonstrating a gospel-shaped view of the world and of the future? When Christian theology is communicated in the language of fear, it distorts the very words of the Bible. Love for our neighbors must overcome the temptation to abandon a Christian ethic in pursuit of political victory.