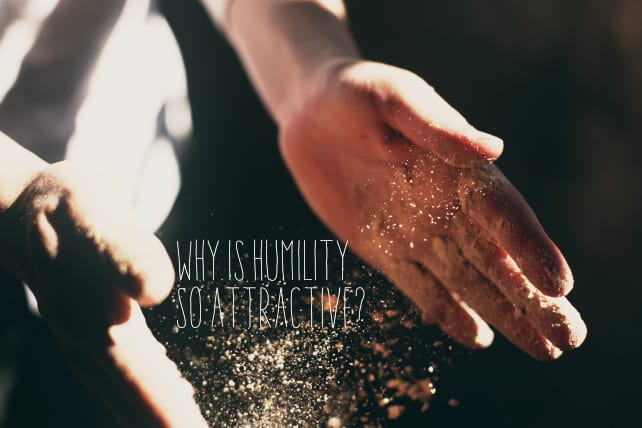 Why are we attracted to humble people?

Why did atheist Mark Twain find the devout Catholic Joan of Arc’s humility so beautiful that she became his historical hero? Why do people all over the world, even of other religions, find Jesus’ lowliness so compelling (Matthew 11:29)? Conversely, why do people like Michael Prowse feel revulsion in the divine pride they think they hear in God’s biblical commands that we worship him?

There is something about humility that resonates deeply in our psyches, far deeper than evolutionary explanations go.

Evolutionary sociobiologists explain our innate pride as a primal survival instinct. The theory is that our desire to dominate and manipulate others is a genetic residue of our ancient evolutionary struggle to compete in the winner-take-all contest of natural selection. But while this might fit well in that theoretical framework, it does not sit well in our souls.

We know instinctively, at a level deeper than mere enlightened self-interest and social reinforcement, at a level just as (or more) primal to our pride, that we are meant to behave differently from other creatures. We know that the “alpha” behavior that becomes a silverback gorilla does not, for some reason, become us.

We Know Pride Is Pathological

We know that for us, pride is pathological. Try as we might, we cannot come to peace with our conceit. When we do try, we must struggle hard to suppress our conscience, which keeps warning us of its evil. And when we don’t see the evil clearly in ourselves, we surely see it clearly in others. When we see it on a large enough scale, something tells us that a good transcending even the interest of the human species has been violated. Hitler’s diabolism is still too fresh for us to ignore.

We know instinctively that pride is a mark of a lesser human soul, while humility is a mark of a great-souled person. That’s why humans have always regarded true humility as truly honorable while regarding those who have acted most like animal alphas as human monsters. We find something pathetic and degrading about the man who must have as many women as he can or as much power as he can or as much attention as he can. We know this betrays a hole in his soul.

How do we know these things? Deep down in the primal places of our personhood, perhaps scripted into our genetic code, we carry the ancient historical knowledge that we humans, unlike the other terrestrial creatures, are made in the image of God (Genesis 1:26).

We are attracted to humility because we are designed to be attracted to God. What we find attractive in humble people is the Imago Dei.

I don’t find most of the dictionary definitions of humility very helpful. They tend to emphasize the quality of one not thinking oneself as better than others, which is a biblical quality (Philippians 2:3). But that’s more of an expression of humility than a definition.