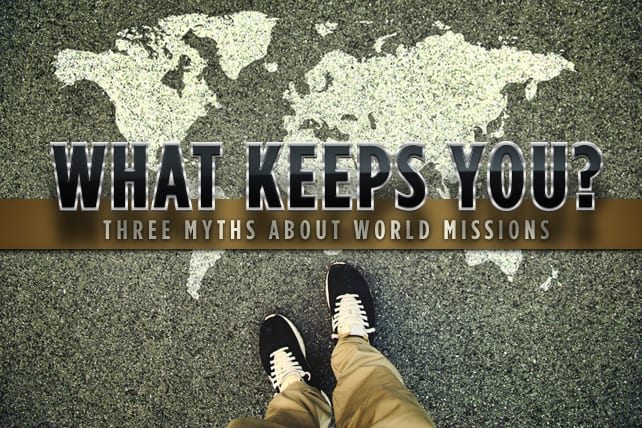 If everyone is a missionary, then no one is.

If “my mission field is the ground beneath my feet,” as some have said, then why should we expend the energy or resources to go to a foreign land and learn a new language and culture? In fact, it would be a waste of resources to do so when there is such low-hanging fruit in one’s homeland where you already know the language and customs, and the Bible is already accessible.

It is true that all Christians are disciple-makers. This is the essence of the Great Commission, given to all Christians (Matt 28.18–20″ data-version=”esv” data-purpose=”bible-reference”>Matthew 28:18–20). Of course, that is not all we are, but disciple-making is essential to who we are. However, not all disciple-makers are missionaries. Missionaries are a subset of disciple-makers who make disciples in foreign places, particularly among people groups who do not have self-sustaining churches.

Christians have important reasons for specifying “missionaries” over against “disciple-makers.” If we believe that anyone who proclaims the gospel anywhere is a missionary, we run the risk of neglecting the task of disciple-making in foreign places without gospel access.

With this definition in mind, we must recognize that we have a great need for missionaries to proclaim the gospel in places that do not have access to the gospel. Missionary work is not easy. But sometimes we make missions look even more difficult for ourselves because of misconceptions about what missions is. When these misconceptions are corrected, you may find yourself much more fit for missions than you thought.

1. Missions exists because poverty does.

Since the late twentieth century onward, an assumption appears to have arisen among American Christians that missions exists because poverty does. It is not something I hear proclaimed overtly—after all, it is an assumption. It is just subconsciously accepted to be true. This fallacy works itself out in two ways.

First is this wrong thinking that missions always involves material poverty, or to put it another way, if an area is not impoverished, they do not need missionaries. This, in part, may explain why there are so few missionaries in the country with one of the largest unreached people groups in the world: Japan. Since there is no need for hunger-reduction or microfinance programs, then there must be no need for missionaries. False! Many unreached peoples are not impoverished. But without Christ, they are profoundly hopeless.