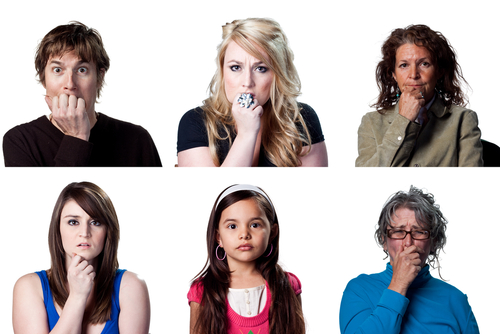 An article in the Associated Baptist Press asked several pastors to evaluate how much Christians lean on their faith during fearful times. Many of the pastors said Christians often respond to fear in a manner indistinguishable from the world around them—despite multiple biblical assurances against fearful living. Drew Smith, a Baptist minister from Arkansas, commented, “Many Christians have bought into fear as a thoughtful reaction to terrorism, to immigration, to health care, and to many other important issues.” Another pastor agreed, saying people’s information is provided by forwarded e-mails and repetitive news information rather than the Bible, but “the phrase ‘do not be afraid’ is used 365 times in the Bible for a reason,” he added. A church consultant with the Virginia Baptist Missions Board called the world “reactive and irrational,” and Christians are rallying around the angry voices, a response which is at odds with the gospel. George Mason, pastor of a church in Dallas, said too many Christians think being “the light of the world” requires that we “expose all that is evil and wrong so people will be rightly afraid. But all through the Bible, when angels or apostles show up with a word from God, they begin with ‘fear not.’ If we are to take that seriously, our faith shouldn’t succumb so quickly to fear and certainly shouldn’t inspire it.” Instead, Mason says, our light should show an alternate way to the darkness and fear of the world, a way based on faith that “the future is safely in the hands of God.”

Editor’s Note: What do you think? Are Christians too fearful? Or not fearful enough? Use the comment area below to offer your view.