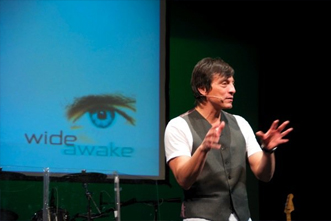 This past week I was in Atlanta and I heard a couple of stories that brought to the forefront of my mind how difficult and how critical it is for us to be able to identify, nurture, and maximize human talent. Talking to one of the staff members of an organization I was working with, I learned that a couple of years ago while they were interviewing students who work on their staff, they had turned down a young woman who evidently lacked the skills to make their creative team. Her name was Kelly Clarkson. Yeah, the Kelly Clarkson. Even Simon, Paula and Randy couldn’t miss this one. Kind of funny how in one context you might be the American Idol and in another an All American Reject.

At the same time I heard about this kid who evidently is autistic and had been sadly underestimated. Ball boy for his high school basketball team who was never considered a potential candidate to actually suit up and play. As I heard it, it was the last game of the year so he was invited to suit up and he took the floor with just a few minutes left in the game. His first shot was an air ball, which is what was expected of him. Who would ever have guessed that after the air ball he would hit six three-pointers in a row including one at the buzzer. Was it just dumb luck or was that always in him?

When people come to Mosaic and experience one of our gatherings there are usually two diametrically opposed responses: 1) “This was wonderful,” and 2) “We could never do this.” The conclusion, of course, is that we’re in LA, the epicenter of talent. We have an unfair advantage due to our location or more specifically our proximity to Hollywood. It’s not said quite so bluntly, but what they really mean is, “Humans aren’t all that talented where we come from.”

I’ll concede that LA has an extraordinarily high ratio of artisans but in spite of that I think there is a real misconception. You can drive around LA and visit maybe even a thousand different kinds of churches and find an overwhelming dearth of creative expression. Just because you’re in LA doesn’t mean your gatherings are going to be brimming with innovation. Our experiences are filled with beauty, artistry, and creativity because of something we value. But it’s more than a value, it’s a value system. We have a different view of humanity. We are convinced that every human being is creative, that each of us has a unique contribution to make. Sometimes that creative spirit does nothing but lays dormant within us. Sometimes it requires a new environment to awaken the creative spirit. But perhaps more importantly than all that is that for us to accomplish all that we have on our hearts we actually need everyone and we need the best of them. The same people who use the lack of human resources as their excuse for a lack of creativity always seem to have exactly what they really need or at least really want.

For example, every church, no matter where they’re located, seems to have someone teaching the Bible, even if their not near a university where teachers seem to gather in mass. Its amazing how even in obscure towns in Montana, in isolated communities in Idaho and pretty much every single church in the South you’ve got your piano player. Are they all strangely located near a conservatory? If that were not strange enough, churches that have failed to reach a new person in decades still have an organist. Last time I checked there are not an overwhelming number of organists out there. On the scale of things they’re pretty rare. It’s amazing how when a church has an organ they have an organist. In other words you pretty much find what you need. The reason our churches can’t find creative people is because we don’t need them. The reason other churches seem to be unfairly stacked with human talent, is because their talent is valued.

Somewhere on the Statue of Liberty are written these words: “Give me your tired, your poor, your huddled masses yearning to breathe free, the wretched refuse of your teeming shore. Send these, the homeless, tempest-tost to me, I lift my lamp beside the golden door!” An invitation for the world to join us in the pursuit of great dreams and great lives. I have a feeling the same extraordinary cultural phenomenon that resulted in the USA becoming a breeding ground for innovation, entrepreneurialism, and invention can be true for the church. If your dream is big enough and if your burden is great enough you’ll be surprised who you draw and what you draw out of them. If you don’t want them, over here at Mosaic we’ll take them, every one of them. Even the ones you think have nothing to offer. You know, those “no talents”.

I was once told by a room full of leaders – Christian leaders by the way – that I was going to waste my life investing in wannabes. They just couldn’t see that they were actually gonnabees. I think the problem is that many of us want people as finished products when the core of spiritual leadership needs to be cultivators of human potential. Which is, by the way, why we created Awaken. Because giving your life to unleashing God-given human potential is what I hope to do until all my potential is gone.