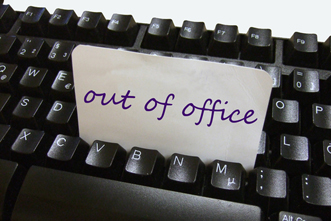 The Christian Post reported today that veteran evangelical minister C. J. Mahaney will take a leave of absence from his position at Sovereign Grace Ministries due to accusations by the organization’s board of his “various expressions of pride, unentreatability, deceit, sinful judgment, and hypocrisy.” In a letter posted on his blog, Mahaney said he was taking these charges very seriously and considered God to be “kindly disciplining” him. “I am resolved to take responsibility for my sin and every way my leadership has been deficient, and this would include making any appropriate confessions, public or private.  Most importantly I want to please God during this season of examination and evaluation.” Mahaney did not say how long his leave of absence would last but that it began on June 30.

In the interim, Dave Harvey will act as president at SGM and its board will be expanded to include additional members in order “to secure a broader source of accountability.” Harvey expressed the SGM board’s feelings in a follow-up letter on SGM’s website, saying “The charges against C.J. are serious, but his response has been one of self-examination and, when possible, specific confession to those sinned against.  However, given the numerous events, people, and perspectives involved, the work of an independent panel will be vital to fully examining these charges and arriving at an objective conclusion, especially on those charges with which the board does not agree. We therefore believe the leave of absence is appropriate in the present circumstances to afford C.J. the time to reflect upon his heart and to allow an independent panel space to conduct its review.”

Mahaney formerly pastored Covenant Life Church in Gaithersburg, Maryland, for 27 years before handing the role to Joshua Harris in 2004 to focus fully on Sovereign Grace. He also serves on the Council of the Alliance of Confessing Evangelicals. Mahaney has written and co-authored several books, including Humility: True Greatness; Living the Cross-Centered Life; and Sex, Romance, and the Glory of God. To read Mahaney’s letter, click here.