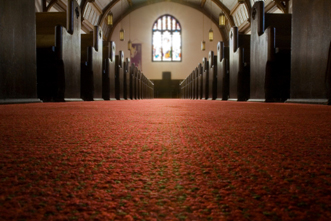 According to a new study and contrary to long-accepted wisdom, working-class white Americans are not as likely to attend church as they used to be, and they’re not as likely to attend as their more educated counterparts. This conclusion was drawn from newly released study results by researchers at the University of Virginia and John Hopkins University. Their work showed that only 37 percent of moderately educated whites—those with high school diplomas but not college degrees—attend church at least once a month; that’s down from 50 percent forty years ago. Surprisingly, church attendance is more frequent among whites with college degrees; 46 percent of college-educated whites attend church regularly, only slightly less than the 51 percent in the 1970s. Only 23 percent of the least-educated whites—those without high school diplomas—attend church regularly, down from 38 percent.

Study researchers said they focused on whites because church attendance among blacks and Latinos is less divided by education and income.

Andrew Cherlin, co-author of the research, said the study results are somewhat disconcerting since churches could provide important ministry and services to the working class, but since other studies show the less-educated are less likely to get and stay married and have children, they may not see church ministries as relevant to their needs or congregations as open to their life circumstances. “This development reinforces the social marginalization of less educated Americans who are also increasingly disconnected from the institutions of marriage and work.”