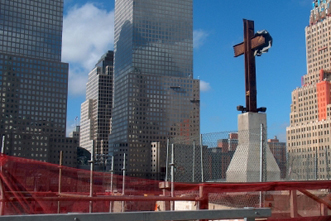 Research organization The Barna Group published the results of a study of New Yorkers’ faith behavior since the terrorist attacks on the World Trade Center in 2001 to determine if any shift in spirituality clearly occurred as a result of the attacks. Barna’s president David Kinnaman admitted that there appeared to be a short-lived increase in spiritual behavior right after the 9/11 incident. Even so, Barna’s research shows an increase in New Yorkers’ spiritual behavior since the early 2000s, but this increase cannot be directly attributed the 9/11 attacks.

Worship attendance in New York City grew from 31 percent to 46 percent since the turn of the century, and Bible reading has increased from 29 to 35 percent. Even the number of unchurched—those who haven’t attended a worship service in the past six months—has decreased eight points to 34 percent since 2000. Now, three out of every five poll respondents said their religious faith is very important in their lives. The nation’s overall church attendance has decreased in the same time period, and only slightly more U.S. adults say their faith is very important to them.

Even so, Kinnaman remarked that “most of the change in spiritual behavior seems to have happened since the middle of the last decade. Church participation in the New York market especially has shifted most since 2004…the research shows that spiritual change can and does happen, even in large population centers like the New York media market. What cannot be determined from survey research, however, if what exactly caused the change…whatever the combination of causes, the residents of the New York City region are more spiritually active, more likely to be ‘churched,’ and more committed to Crhist than they were a decade ago.”