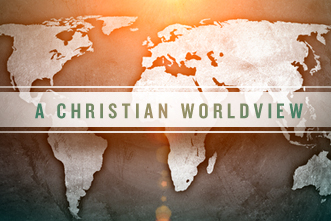 One God. We worship one personal, knowable, holy God. There are not two gods or ten gods or ten million gods, only one. He has always been and will always be. He is not a product of our mind or imagination. He really exists, and we can know him because he has spoken to us in his word.

Two kinds of being. We are not gods. God is not found in the trees or the wind or in us. He created the universe and cares for all that he has made, but he is distinct from his creation. The story of the world is not about being released from the illusion of our existence or discovering the god within. The story is about God, the people he made, and how the creatures can learn to delight in, trust in, and obey their Creator.

For us. Something happened in history that changed the world. The Son of God came into the world as a man, perfectly obeyed his Father, fulfilled Israel’s purpose, succeeded where Adam failed, and began the process of reversing the curse. Jesus Christ died for the sins of the world. He rose again from the dead on the third day. By faith in him, our sins can be forgiven, and we can be assured of living forever with God and one day being raised from the dead like Christ.

Obviously, this doesn’t say everything that needs to be said about the Bible or Christianity. But I find it to be a helpful way to get a handle on some of the most important distinctives of a Christian worldview. Feel free to steal it and use it for yourself. It’s as easy as 1, 2, 3, 4.