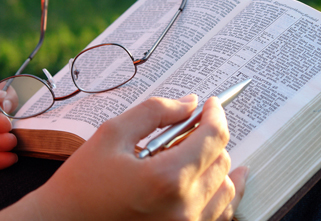 The Christian Post reports that the most recent edition of the New International Version of the Bible (2011) contains language that places homosexual activity in the realm of sin in no uncertain terms. Douglas Moo, the head of the Committee on Bible Translation that released the version, said the team struggled deeply over the proper translation of verses relating to homosexual sin, including 1 Corinthians 6:9. Moo explained the issues they tackled in creating this version: “The 1984 NIV rendering … did not make clear whether homosexual activity per se was being condemned or whether only certain kinds of ‘offensive’ homosexual activity was being condemned. The updated NIV makes clear that the Greek words here indicate any kind of homosexual activity. The updated NIV also reflects the fact that the key Greek word here refers to males.”

The phrase referring to homosexual activity in 1 Corinthians 6:9 is translated in the 2011 NIV as “men who have sex with men.” The phrase in the 1984 NIV is translated “homosexual offenders.” Other verses that were changed include Romans 1:26 (to, “even their women exchanged natural sexual relations for unnatural ones”) and Leviticus 18:22 (to, “Do not have sexual relations with a man as one does with a woman.”) Most notably, 1 Timothy 1:10 changed the word “perverts” to “those practicing homosexuality” because, according to Moo, the same key Greek word from 1 Corinthians 6:9 occurs there.

The 2011 NIV has fallen under criticism from the Southern Baptist Convention and the Committee for Biblical Manhood and Womanhood for its gender-inclusive language, but the Committee on Bible Translation insists that “all gender decisions for the updated NIV were subjected to rigorous scrutiny…to ensure that the words chosen maximize comprehension of the original meaning.”