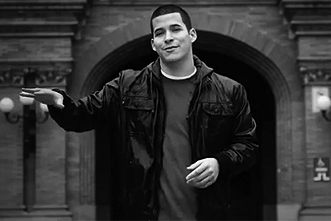 Jefferson Bethke’s “I Hate Religion, but Love Jesus” YouTube video soared past 11 million views in its first week on the Internet. The 22-year-old poet/performer took time to answer questions for churchleaders.com this weekend in a telephone interview. Here are five key questions—and Jeff Bethke’s direct answers—that reveal the heart behind the poem.

churchleaders.com: Can you clarify your definition of religion?

Jeff Bethke: I would love to. Essentially, I come from a Mars Hill context, because that’s my home church. I didn’t realize this, but outside Mars Hill, religion means different things to other people. Inside Mars Hill, the word “religion” is pretty much synonymous with hypocrisy, legalism, self-righteousness, and self-justification. That was really the heart of my definition of that word. If you went through the entire poem and replaced the word religion with either legalism or self-righteousness or hypocrisy, it would have not changed my intention or the heart of that poem whatsoever. To me, those words are interchangeable.

If you were going to do the performance piece again–knowing that you were going to get so much traffic–would you change the wording? Would you have changed the word religion or any other word that was in the poem?

In the poem, you say, “Religion is behavior modification.” Doesn’t a relationship with Jesus modify our behavior?