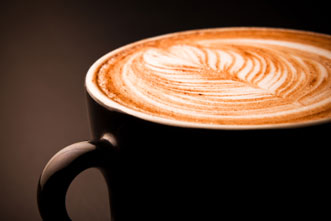 Cancer! That dreaded diagnosis that grips the heart with ferocious fear. It took Peggy down after four years of merciless battle. And now it has invaded my body. An elevated PSA test during a routine physical sounded the alarm. A biopsy confirmed the worst. Surgery or radiation implants were the recommended treatment alternatives. But no guarantees. That’s the way it is with cancer.

That was six years ago. My urologist warned that prostate cancer was like a ticking time bomb, that it should be eradicated as soon as possible, no way to tell how aggressive it was or when it would spread.  But fear drove me to research the subject. I discovered that males in the U.S. undergo surgical procedures at a rate twice that of other advanced nations but with no better survival rates. I decided to wait and watch.

My PSA count crept slowly higher. After five years it had not yet reached the perilous point but the evidence of cancerous growth was steadily increasing. Decision time was approaching. I was sharing my concern with my good friend, David Van Cronkhite, in a coffee shop one morning. David is a high-energy Pentecostal-type who believes God routinely does miracles. Without a moment’s hesitation, David asked if he could pray for me. I consented, of course. But he meant right there, out loud, in the coffee shop, with his hands placed conspicuously on my head.  His prayer was passionate, sincere and forceful. I understood most of it (with the exception of some tongues which I did not have the ability to interpret). When he finished I felt no different, except for the redness of my face.  I thanked him and we went on with our conversation.

I had nearly forgotten about the incident when a month or so later I got back the results of my next PSA count. It showed a slight decline. Three months later – another decline. The growth had stabilized, my urologist informed me. Wouldn’t need to see him for six months. Yesterday I got back the six month report – again, no growth, stabilized.

Now, I’m a Presbyterian, both in affiliation and temperament. I believe God can do whatever God wants to do. But mostly I think God operates within the natural order of things (which is certainly miraculous).  Unlike David who sees supernatural miracles as the norm, I view them as the rare exception. I do not understand how they work – they seem rather random to me. And I certainly have no desire to revisit the confusing faith-healing arena that proved to be such a disappointing emotional roller-coaster ride with Peggy. No, I feel much safer relying on common sense, conventional scientific research and entrusting outcomes to the hands of a loving God.

But I’ll tell you this: if my PSA continues to drop I may just turn into a charismatic!