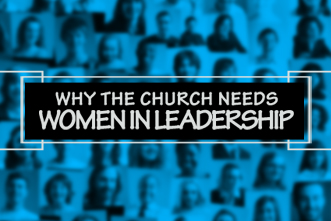 “Where are the women leaders? I wish there were more out there…”

“I just wish there were more coming through, but there don’t seem to be any anywhere.”

Ever been part of a conversation like this? It’s a conversation that I’ve had with men and women across the U.S., around Europe, across the generations. It happens over coffee, online, on a conference call, in a hangout and in print. Sometimes, the conversation is tinged with angst and longing, sometimes hurt, something incredulity, like something simply doesn’t add up.

It’s not that women in the church have disappeared (at least not yet!). In reality, women are shaping and influencing their world in a broad range of ways. They’re engaging with the imbalances and injustices of the world, advocating, fundraising, adopting, fostering, making dresses for children who go without, knitting quilts for women in shelters, writing letters to troops, and sponsoring children. Some are investing their gifts and talents as they establish their homes and raise their children. Their gifts are predominantly expressed at the school gate, on the PTA, with girl scouts and sports teams, in the local neighborhood. It’s a high calling, being salt and light in the local community – world changing, in fact. Some women are leading and loving it in the workplace; they’ve been equipped, empowered, and their leadership gifts have come alive. It’s an incredible opportunity. Like Esther, they’re called for such a time as this; like Joseph and Daniel, this is where their ministry unfolds. Other women are realizing their potential as they support others – their bosses, their spouses, their friends, their teams. It’s not a subjugation thing nor a lack of confidence. These women know who they are and where they are called to be, and they thrive.

Why We Don’t Need “Women’s” Ministry

Christianity Is Not a Boys’ Club (Or Is It?)

Perhaps on one level, our definition of leadership and influence has been too narrow, too one-dimensional. These stories are different from the ones we often hear; maybe they seem a little ordinary. But in the hands of an extraordinary God, these women do amazing things. Their stories in all their glorious diversity should be told and heard, seen and valued. They help us see what we can be. They must be invested in and equipped in order to realize their potential in the place God’s already placed them.

Still there is another group of women, different ages, life stages, colors, and cultures. Same conversation.