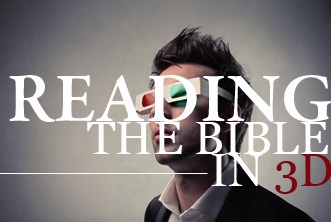 This is an excerpt from the new groundbreaking book Jesus: A Theography by Frank Viola and Leonard Sweet.

In our experience and observation, countless evangelical, postevangelical, Reformed, charismatic, and mainline Christians are not aware that the main subject of the entire First Testament (that is, the Old Testament) is Jesus Christ.

What is more, the Second Testament authors consistently interpreted the First Testament writings in the light of Christ.

Many believe that the Second Testament writers simply used parts of the First Testament as proof texts to show that Jesus of Nazareth was the promised Messiah of Israel and Lord of the world. But this is not the case.

The Second Testament writers consistently quoted or cited large sections of the First Testament, using them to unfold the Jesus story.

But that’s not all. The Second Testament authors used the same First Testament texts independently of one another. And they interpreted them in exactly the same way, often citing the texts in the same order.

What was their common source?

The answer is that Jesus Himself was the common source.

Jesus Revealed Through the Scriptures

The Gospels tell us that Jesus took His followers through the Scriptures and gave them a divinely inspired hermeneutic (method of interpretation) by which to understand the First Testament. In turn, the Lord’s original disciples passed this interpretative key to those whom they influenced (this would include people such as Mark, Paul, and Luke).