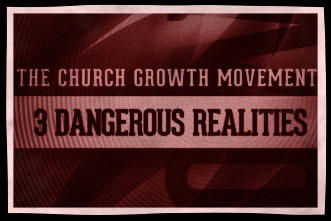 But the misapplication of the principles always happens when you get beyond the headwaters of a movement. Although the Church Growth Movement was well-intended, all the results have not been good.

Here are three ways the Church Growth Movement evolved that was not helpful to mission of God in North America.

1. Americanization of the Movement

When the movement became americanized, there were consequences.

Some Church Growth leaders sounded like sales consultants. Some reminded me of the greatest pitchman in history, the late Billy Mayes. I see him swinging his arms passionately, in his blue denim shirt, pitching the power of OxiClean. A money-back guarantee was included, of course.

Some (certainly not all) Church Growth leaders, as with good pitchmen, address a pain point. The pain point that birthed the Church Growth Movement was, “Are you tired of the lack of results at growing your church in spite of your best efforts?” The answer, it appears, was better plans.

To be honest, we Americans are guilty of turning anything good into a business. The Church Growth movement is no exception.

But McGavran took issue with an approach to the mission of God that resulted in missionary isolationism.