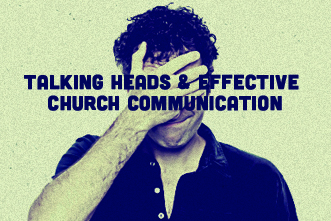 Let me begin by saying this is not a political post.

It doesn’t matter if you are a liberal or a conservative; Republican or Democrat; a Romney supporter or an Obama supporter. I could just as easily insert any politician’s or pundit’s name in this title, and the point would be the same.

These guys get clarity.

They are hyper-focused on the message and nothing gets in the way of it.

They identify three to five central message points they want to make, and they drill down into those points every single time they have an opportunity to talk.

Sure, they are talking about other things. But in the midst of those other conversations, they find a way to talk about the message.

How does that relate to the Church? Because making sure we are talking about the message is everything in Church Communications.

Here are the three things I learned from Rush Limbaugh about Church Communications:

1. Identify the three to five central message points you want people to have in their heads.

Your messages need to be simple and to the point.

They need to be memorable.

2. Determine how you will communicate your three to five central message points.

I’ve written about this many times, in many different ways. But the point is, you have to have a plan. It’s not going to happen by accident.

3. Ask how all of your other conversations will tie back to your three to five central messages points.

Constant assessment is necessary when it comes to this.

You must always be asking how to tie every conversation, every ministry event, every banner, every print material, every social media post to your primary three to five central message points.

What are the three to five central message points your church is communicating?