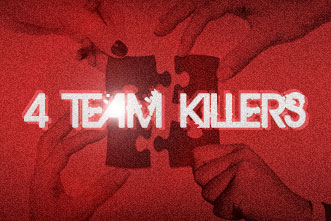 For his book The Seven Principles for Making Marriage Work, researcher John Gottman observed the behaviors of dozens of married couples over a period of years to see if he could discover the specific behaviors that would accurately predict whether a marriage relationship would ultimately succeed or fail.

Turns out, he could.

Although his research specifically targeted marriages, his findings have been immensely helpful for all kinds of relational systems—friendships, family systems and professional working teams.

Gottman documented many behaviors that negatively impact a relationship, and his research revealed four in particular that inevitably signal the downfall of the relationship long term. He named these The Four Horsemen (as in, Of the Apocalypse).

In my own team coaching work, I have noticed that whenever any of these behaviors is present on a team, it quickly shuts down creativity, engenders suspicion and mistrust, and severely heightens the overall stress level of the team.

If the behaviors stay for too long, the team will collapse.

So what are the Four Horsemen?

Not to be confused with a “complaint,” which targets a specific unwanted behavior in another team member, criticism moves past the behavior to pass judgment on the character and motivation of other members of the team.

“I’m disappointed you didn’t turn in your work on time” is a complaint.

“It’s clear to me you either don’t care enough or are just too lazy to do your work with excellence” is a criticism.