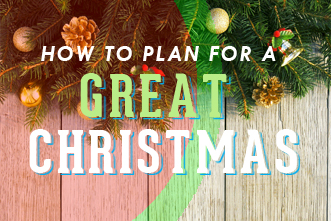 Here we go!! From today until Christmas, you will spend a few days shopping. And more than a few of the retail stores you visit are going to try to seduce you into applying for a store credit card.

Retail store credit cards will hurt your credit score; and they can hurt your wallet.

Ask yourself the question: “Why would retail stores promote these cards with discounts unless they know they can eventually make money off the retail store credit cards?”

This is just one of the holiday traps that people fall into. Another trap is buying more things than you have the money to spend and going into debt.

Enjoy Christmas all the way into January and February—by not having to “pay off” Christmas for several months.

Have a Good Christmas Financial Plan.

1. Plan now how much you will spend for Christmas, have a clear plan on how you will pay for it and then stick to the plan.

Make mathematical decisions and not emotional ones.

Do you really need to spend as much on gifts as you have in the past?

Debt brings stress and anxiety throughout the year. No one who truly loves you wants you to go into debt for them.