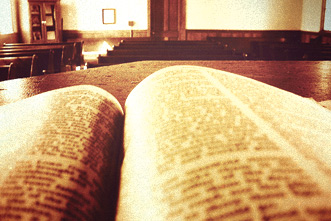 First-person application for the preacher can be an unnerving task. How can this generally overworked individual possibly find the time or the occasion to apply what he has studied before the delivery of the sermon?

Furthermore, the average preacher speaks several times a week. (For the first 15 years of my ministry, I heralded God’s Word four times a week.) As no preacher can assimilate everything he has studied during the week, which text should he focus on to apply during this period of time? This article will not only address the necessity for first-person application on the part of the preacher, but will offer a systematic approach to accomplish this vital quest.

Ezra’s paradigm to the study, application and proclamation of the sacred text is worthy of emulation. Ezra 7:10 states, “For Ezra had devoted himself to the study and observation of the Law of the LORD, and to teaching its decrees and laws in Israel.” Ezra began his exegesis by scrutinizing the text to see what the biblical author was saying. Once he understood the concept of the passage, he applied that message to his life. This circumspect scribe then pronounced the message to his audience.

His modus operandi was interpreting the biblical text (to learn the proposition of the third-person author), personal application (first-person implementation) and culminating with trumpeting the message (to the second-person audience). Ezra clearly practiced me-first preaching, because he first applied the text to himself before he taught others.

James 2:14-26 is the New Testament locus classicus on the necessity of first-person application—demonstrating one’s faith by virtue of his or her works—the concept of which is easily transferred to preaching. James was apparently from Missouri (the Show-Me state) because he wrote in James 2:18, “Show me your faith without deeds, and I will show you my faith by what I do.” James cited Abraham and Rahab as examples of individuals who personally applied saving faith to their lives (first-person application) that was then portrayed to others by their deeds.

You have heard it said that imitation is the highest form of flattery. Paul, the great missionary, practiced what he preached. In 1 Thessalonians 1:6 he said, “You became imitators of us and of the Lord.” Did you notice the order of the text? First, the Thessalonians mimicked Paul, Silas and Timothy and then the Lord. Moreover, Paul in 1 Corinthians 4:16 said, “Therefore I urge you to imitate me.” In Christian living, as well as biblical preaching, imitation is the highest form of flattery.

Those who are called to proclaim the Word of God boldly are held to a high standard (see James 3:1). Paul illustrated this principle when he queried in Romans 2:21: “You, then, who teach others, do you not teach yourself? You who preach against stealing, do you steal?” Spurgeon, the prince of preachers, concurs with Paul’s sentiments when he wrote to his preaching students, “It is important that we be under the influence of the Holy Ghost, as He is the Spirit of Holiness; for a very considerable and essential part of Christian ministry lies in example.” Me-first application in living and preaching are greatly endorsed by Old and New Testaments.

The General and Specifics of Me-First Preaching

The preacher is first and foremost a child of God. He is expected to cultivate a walk with God that includes, but is not limited to, prayer, Bible reading and study, meditation on Scripture and the employment of the principles he learns from his daily walk with God. He, as are all believers, is to heed 2 Peter 3:18, which states, “But grow in the grace and knowledge of our Lord and Savior Jesus Christ.”

Moreover, the master preacher, the Lord Jesus Christ, commanded His followers in John 15:4, “Remain in me, and I will remain in you.” Jesus practiced what He preached. Isaiah 50:4 predicted the ultimate Servant would have a me-first attitude toward applying Scripture: “The Sovereign LORD has given me an instructed tongue, to know the word that sustains the weary. He awakens me morning by morning, wakens my ear to listen like one being taught.” Jesus daily walked obediently with God and then proclaimed His marvelous Word based on that relationship. No wonder Jesus declared to His followers in John 15:5 (in the context of abiding) that “apart from Me, you can do nothing.”

Paul emulated Jesus’ example of me-first preaching. He called the Ephesian elders together and warned them in Acts 20:28 to “keep watch over yourselves and all the flock.” He exhorted them first to care for their own spiritual well-being before ministering to the flock. Paul emphasized to these leaders their need first to adhere to God’s precious Word in Acts 20:32 where he declared, “Now I commit you to God and to the word of His grace, which can build you up.” The great apostle then continued in the following verses (33-35) to share how he himself modeled Christ to them and how they should follow his pattern of living.