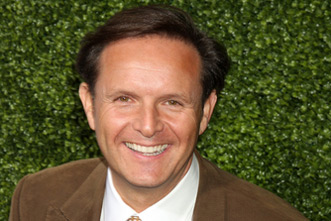 Veteran producer Mark Burnett predicts great things for the upcoming epic miniseries, The Bible, to air on the History Channel starting March 3 through Easter Sunday. Burnett, who also produced Survivor, The Apprentice, and The Voice, told media representatives in Toronto that “more people will see this Bible series over the next 25 years than all those other series combined.”

“That is written. That’s not a prediction, that’s a fact,” said Burnett. “More people are going to see this Bible series, because the globe is ready for this.”

Burnett and his wife, actress Roma Downey, hired Oscar-winning special effects artists to add CGI to the series, which will cover from Noah to the resurrection of Christ. Grammy and Oscar award-winning composer Hans Zimmer will provide the musical score. Burnett said his aim was to “breath fresh visual life into the stories and make them emotionally engaging.”

“You’ve got to remember, without the Bible, there’s no Lord of the Rings, there’s no Narnia, there’s none of these big, epic, sweeping movies which are either very loosely based or majorly based on the Bible,” said Burnett. “This is the Bible and they’re the most epic stories ever, the most flawed heroes you can imagine in any movie ever. There’s only one perfect character, it’s Jesus.”

More about The Bible miniseries: