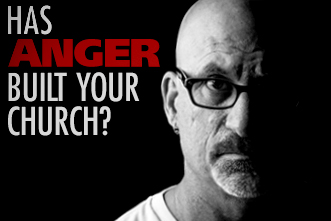 “To live by grace means to acknowledge my whole life story, the light side and the dark. In admitting my shadow side, I learn who I am and what God’s grace means.” — Brennan Manning

One of my closest friends serves as a spiritual director for pastors and Christian leaders all around the country. One day, he was meeting with a pastor who was weighed down by some leadership challenges he didn’t quite know how to navigate. They were driving together to spend a few hours out in the country, and on their way they passed a huge church that the pastor had founded and left years before.

As the pastor looked at the magnificent building, he shook his head and said, “Anger built that church.”

“What do you mean?” asked my friend.

“Everything I did to build that church from nothing and make it a success was fueled by anger at my father, who believed I would never amount to anything. I built that church to prove to him he was wrong.”

No doubt that was a powerful moment of self-realization and transparency for that leader, and I honor the courage and humility it took for him to get there. His admission, though, also points to a broader issue in leadership that is seldom discussed, even though it can have a huge and often devastating impact on any leader’s effectiveness, as well as produce all kinds of collateral damage in his or her family and relationship with God.

I’m talking about the darker motives that often drive us as leaders.

With my coaching clients, I like to call these “shadow motivations,” because leaders are often unaware they have them at all, and even if they know about them, often don’t see how profoundly they drive their leadership.

We’d much rather believe that we have only the noblest of motivations as leaders, or at least believe that our noble motivations so far outweigh our darker drivers as to make them insignificant.

And why not? For most leaders, those noble motives are really there, and they’re really strong.

They want to make life better.

They want to serve, to inspire, to heal.

They want to make a difference.

All true. All good. So what, then, if a darker motive shows up every now and then? What’s the harm, really?