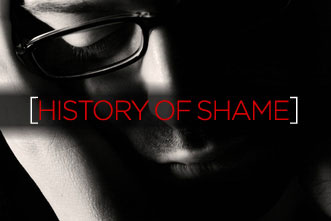 Shame is the heart disease of every era. People are dying from it—some quickly, others slowly.

In its simplest definition, shame is the deep sense that you are unacceptable because of something you did or something that was done to you.

Shame is not like guilt. Guilt says, “I did something wrong,” while shame says, “I am wrong.”

A guilty person expects punishment and need forgiveness. Shame is the person who thinks they don’t belong because of something that they did or something that has been done to them.

Will and I are neighbors and struck up a friendship. He was doing such a great job of hiding, I had no clue that his past involved being molested as a child and then an adolescent over a long period of time by two adults in his life. I felt there was some kind of wall there, but I just couldn’t put my finger on it.

Over time, he and his family started attending the church I pastor, and then joined a community-group Bible study my wife and I lead in our home. The more involved Will got, the more he wanted to ask for help, but fear usually won out and he stayed silent.

Will’s shame led him to believe he was not normal.

It’s what shame does. It makes you think you stick out, and if people find out, you’ll be kicked out. And so our human response to shame is almost always the same and can be summed up in one word: hide.

Our story as humans started off so well. In the first chapters of Genesis, there was absolutely no shame, with people walking around naked, literally and figuratively— nakedness without shame, fully known and fully loved.

Then Adam and Eve sin. The writer of Genesis tells us “at that moment, their eyes were opened, and they suddenly felt shame at their nakedness” (v. 3:7).

And just like that, shame is woven into the very fabric of all our stories.

We feel this sense of exposure and shame as though we’ve been found out that we’re not who we’re supposed to be.

It has created a lot of habits for us. It’s why we keep secrets. It’s why we can put on facades and pretend we’re someone we’re not.