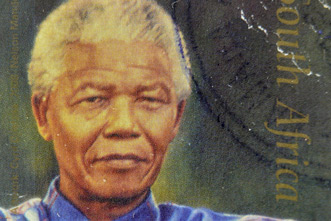 Former South African president Nelson Mandela has passed away at the age of 95 after battling several incidences of illness related to his age. Mandela, a civil-rights giant who came to symbolize the struggle for justice around the world, emerged from a 27-year prison sentence to lead South Africa out of its apartheid-scarred existence starting in 1990, as described by The Christian Post. Mandela was the recipient of the Nobel Peace Prize in 1993. South African president Jacob Zuma called Mandela his nation’s “greatest son.”

“This is the moment of our deepest sorrow. Our nation has lost its greatest son, yet what made Nelson Mandela great was precisely what made him human,” said Zuma. “We saw in him what we seek in ourselves and in him we saw so much of ourselves. Fellow South Africans, Nelson Mandela brought us together and it is together that we will bid him farewell.”

The Nelson Mandela Foundation announced his death with a note on its website reading, “We want to express our sadness at this time. No words can adequately describe this enormous loss to our nation and to the world. We give thanks for his life, his leadership, his devotion to humanity and humanitarian causes. We salute our friend, colleague and comrade and thank him for his sacrifices for our freedom. The three charitable organisations that he created dedicate ourselves to continue promoting his extraordinary legacy.”