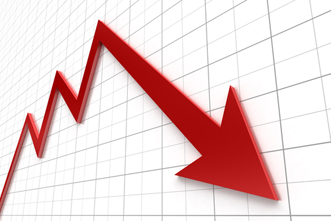 The recent news about the botched execution of an Oklahoma death row inmate has not affected the way Americans view the death penalty. According to results of a new Gallup poll, 61 percent say the death penalty is morally acceptable, similar to the 62 percent who said so in 2013, although both figures are down from a high of 71 percent in 2006.

The results are based on Gallup’s annual Values and Beliefs poll, conducted May 8-11. On April 29, an Oklahoma death row inmate given a lethal injection appeared to suffer for an extended period of time until finally dying of a heart attack. That incident led to the postponement of a second execution scheduled in Oklahoma that day and raised questions about the methods used to execute prisoners.

The case did not fundamentally alter Americans’ perceptions of the death penalty, however, with a solid majority viewing it as morally acceptable. This percentage is similar to the 60 percent who say they favor the death penalty as punishment for murder in Gallup’s October update.

But the longer-term trends reveal that Americans have become less supportive of the death penalty. Gallup first asked the moral acceptability question in 2001, with an average 66 percent saying it was acceptable between 2001 and the peak in 2006. Over the last three years, the percentage saying it is morally acceptable has averaged 60 percent.

Similarly, Americans’ support for the death penalty as a punishment for murder is also trending downward. Support reached a high of 80 percent in 1994, but it has generally slipped since then.

Lethal injection has been the most common method state officials have used to execute death row inmates for many years. The American public generally approves of that approach, as the poll finds Americans overwhelmingly saying lethal injection is the most humane way to administer the death penalty. The 65 percent holding this view compares with between 4 percent and 9 percent who endorse another method—the electric chair, gas chamber, firing squad or hanging—as the most humane way to execute someone sentenced to death.