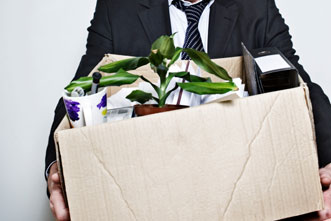 As reported by The Christian Post, almost a year after their founding pastor was extradited to stand trial for a sexual abuse scandal, the Richmond Outreach Center in Virginia fired their replacement pastor just seven weeks after he took the post. Pastor Joe Donahue was introduced to the church with joy and fanfare but was shocked and surprised when the leadership board ended his employment abruptly and, according to him, without explanation.

“I would have greatly valued a conversation,” wrote Donahue in a statement posted on his website, YouthEvangelist.com. “I love accountability and love to be sharpened.  If I was leading the church in an unbiblical manner, I would repent and seek forgiveness.”

“I had initiated a dialogue with one member of the Board of Directors in regard to the foundation of the church,” the statement continued. “I communicated to him, if he wasn’t going to support the direction, it would never happen.  At this point, I was hoping to open a door of ongoing dialogue, and did not expect to be terminated as a result.  I believe the Lord has great plans for the future of the ROC, and my hope is to still be a part of it.  I want to see the church functioning as a New Testament Church … and I hope the ROC family understands my heart.”

In May 2013, the church’s founding pastor Geronimo Aguilar was extradited to Texas accused of aggravated sexual assault on two teenage girls. Upon Donahue’s appointment in March of this year, the ROC board referred to their new pastor as having “a heart to lead, strengthen and equip the church through solid biblical teaching, authenticity, transparency and his love for Jesus.”

“In seven weeks, I realize I have no ‘political capital’ among the people,” Donahue added. “If I am the only one standing in the field fighting for the church, I will do it.  The Church belongs to the LORD.  Not to me.  Not to the Board.  Not to the members. It belongs to Jesus & He has revealed the structure of the church in the Bible—and that is good enough for me.”