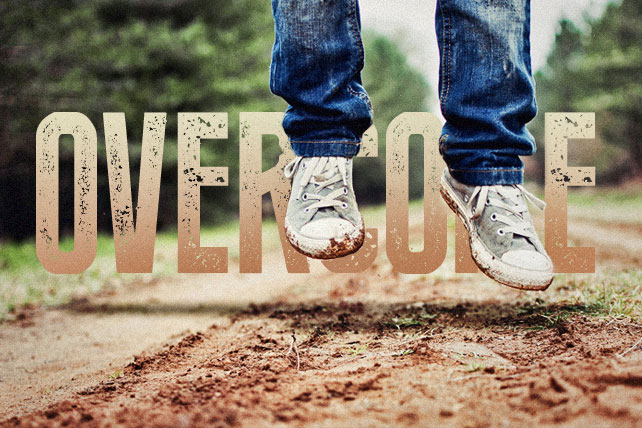 “He who overcomes, I will grant to him to sit down with Me on My throne, as I also overcame and sat down with My Father on His throne. He who has an ear, let him hear what the Spirit says to the churches.” —Revelation 3:21-22

The word translated as “overcome” in the passage above (and all similar passages in Revelation) is the Greek verb “nikao,” which means to conquer, to prevail, to gain the victory.

Perhaps it’s better to say the word assumes there is a battle, and that you and I are in it. Likewise, the English word “overcome” connotes a sustained and difficult struggle against some kind of resistance—be it an obstacle or direct opposition—until it is fully conquered.

Whether we describe it in terms of battle or struggle, we all know what it’s like to come up against resistance in our lives. Resistance is that wall you slam into on your way to your dreams coming true. We’ve all been knocked flat by it at one point or another, most likely on multiple occasions.

One of the basic questions we ask in coaching is this: What does it really take to win your dreams? In my experience, it takes more than wishing it were so, consciously “attracting” it, or passively praying God will hand it to you all wrapped up in a nice pretty bow. It takes rolling up your sleeves, mustering your courage, and jumping into the fray.

There are many things that contribute to being (or becoming) an Overcomer, but as I watch my clients overcome obstacle after obstacle in their lives, I’ve noticed these seven qualities showing up again and again. How are you at practicing these “overcoming” skills?

What do you think of my list? What would you add? Feel free to share your thoughts in the comments below.