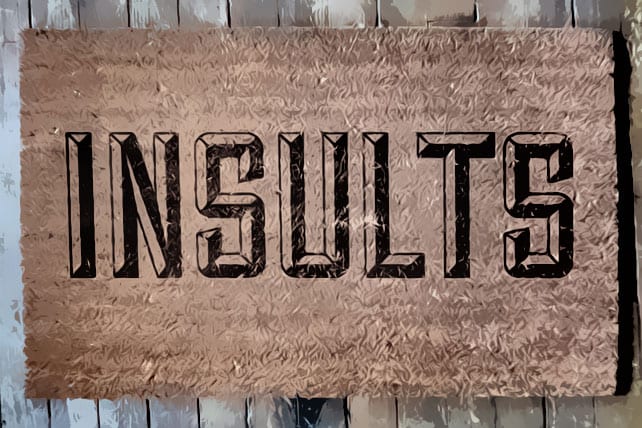 Early in my ministry, I didn’t know how to respond to insults well. There was a church member who thought it was OK to say whatever he thought about me as the pastor. One day in a church meeting, he spoke up and said something very demeaning.

I was shocked. Ironically, his wife was extremely sensitive and would get offended at the slightest issues.

Stunned and not knowing what to do, I let it slide. But in retrospect, I am convinced that it would have been better to have addressed the unkind words. Because I didn’t know how to respond to insults, he got the wrong message—that his behavior was acceptable. A friend later told me that he wished that he had spoken up as well.

It’s not that I was above criticism. The problem was the place and the tone in which he expressed his displeasure.

We can’t control what others will say, but we can learn how to respond well.

King David also had to learn to deal with negative comments.

As King David came to Bahurim, a man came out of the village cursing them. It was Shimei son of Gera, from the same clan as Saul’s family. He threw stones at the king and the king’s officers and all the mighty warriors who surrounded him. “Get out of here, you murderer, you scoundrel!” he shouted at David.

Six Strategies for How to Respond to Insults

1. Bear the Insults and Refuse to Retaliate

“And David said to Abishai and to all his servants, ‘Look, my own son seeks my life; how much more now may this Benjaminite! Leave him alone.’” (2 Samuel 16:11a)