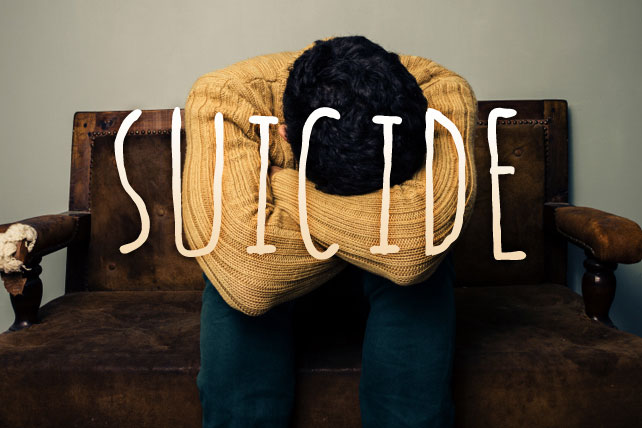 The recent news of Robin Williams’ death was painful for millions of people, not only because he was a beloved entertainer (count me a fan of his clean stuff) but because suicide is not a topic which lands on us lightly. This is especially true for the countless number of Christians who are still grieving for loved ones or who have struggled with suicidal thoughts themselves. Not surprisingly, in the wake of such big national news, the Internet lit up with commentary and critique, point and counterpoint. Some of it helpful, some of it not so much.

Without trying to sift through all that has been said, and without pretending to say everything that needs to be said about such a difficult subject, I thought it might be helpful to try to cut through some of the fog and look at four brief theses. Perhaps these can help us think theologically and pastorally about suicide.

1. The subject of suicide should be approached sensitively and compassionately.

We need to know the time and the place. This is a blog post addressed to a general audience, so I don’t believe it’s insensitive to step back and parse out “four theses” on suicide. But I would not present four points like this to someone mourning the death of a friend or to someone contemplating suicide. Those situations call for hugs, tears, questions, listening, personal contact and prayer—all things that are impossible or nearly impossible in a general blog post. Having said that, even in a general piece to no one in particular, we must keep in mind that anyone may be reading. The wise Christian is always aware that people are listening with different ears. For some this topic is an interesting theological question. For others, they are thinking about how to minister effectively when the need arises. And for others, the mere mention of suicide summons from within them a pain too deep for words.

2. Suicide is complicated and happens for different reasons.

I think many people were angry at the critical responses to Robin Williams’ death because the critiques failed to grasp—or at least landed on people as failing to grasp—the moral differences surrounding the different contexts for suicide. Surely someone struggling with depression on and off for 20 years who takes his own life deserves more sympathy than the man who loses everything on the stock market and jumps off the 75th floor in a moment of monetary loss. There is a moral difference between the person who gets caught in adultery and—full of embarrasment and an unwillingness to face his sin—commits suicide, as opposed to the person who finds out she was cheated on and, feeling her life cannot go on, decides to end it. The person who guns down children and then kills himself is selfish and evil and a hundred other things. The person who takes his own life while in the throes of a depression that is unwanted, unbidden and seemingly unending will be appraised much differently. Our last action—even a sinful one—does not define the totality of our existence. We are right to remember all that was good and true in those who succumb to the temptation to self-destruction.

Of course, this is not what I would lead with in pastoral counseling or in pastoral care or in conducting a funeral, but it is one aspect of this difficult topic we cannot avoid. While there may be extreme cases where a suicidal person has clearly lost control of all his faculties (i.e., dementia, closed head injuries), in the vast majority of  cases we are right to see suicide as a morally culpable and morally blameworthy choice. For centuries, the church has consistently viewed suicide as a violation of the sixth commandment. Self-murder is still murder. As John Frame points out in The Doctrine of the Christian Life, there are five instances of suicide in Scripture (Judges 9:52-54). In the cases of Jonah and Job, God clearly views their self-destructive requests unfavorably.