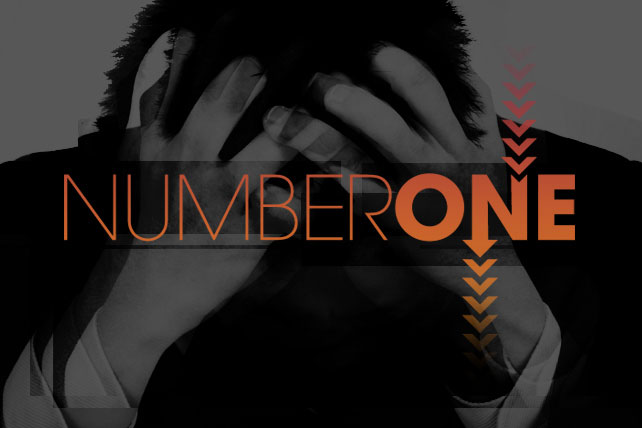 Few people will argue that church attendance in many churches in America is declining. Our own research indicates that the majority of churches in our country are not growing.

Most of us have ideas about this development. Many suggest that our nation is shifting away from its Christian roots. Thus, churches are declining as a smaller proportion of our country follows Christ.

I will not argue with that premise. Certainly attendance declines are related to massive cultural shifts in our nation. But I would also suggest that one reason for declines has a greater impact than others.

Stated simply, the number one reason for the decline in attendance is that members attend with less frequency than they did just a few years ago. This matters—a lot.

If the frequency of attendance changes, then attendance will respond accordingly. For example, if 200 members attend every week, average attendance is 200. But if one-half of those members miss one out of four weeks, the attendance drops to 175.

Did you catch that? No members left the church. Everyone is still relatively active. But attendance declined more than 12 percent because half the members slightly changed their pattern.

This phenomenon can take place rather quickly, leaving leaders scratching their heads because the behavioral change is so slight it is almost imperceptible. We rarely notice when someone who attends four times a month fades to three times. Nor do we typically catch it when the twice-a-month attendee becomes a once-a-month attendee.

Of course, the heart of the problem is not declining numbers but waning commitment. As I addressed in my book I Am a Church Member, (http://thomrainer.com/i-am-a-church-member/) membership is becoming less and less meaningful in many churches. When this happens, commitment wanes.

While I don’t want to suggest there is a magic bullet to this problem, I do want to offer some approaches to address it. These five have proven to be the most helpful in hundreds of churches:

1. Raise the expectations of membership. You may be surprised how many church members don’t really think it’s that important to be an active part of the church. No one has ever told them differently.

2. Require an entry class for membership. By doing so, the church makes a statement that membership is meaningful. The class should also be used to state the expectations of what a committed member looks like.

3. Encourage ministry involvement. Many members become less frequent attendees because they have no ministry roles in the church. They do not feel like they are an integral part of the church.

4. Offer more options for worship times. Our culture is now a 24/7 population that works at all hours of the day and all days of the week. Some members have to work during the times of standard worship services. If possible, give them options. One businessman recently told me that he changed churches so he could be part of a congregation that offers a Saturday worship time. Why? Because his job requires him to catch a plane on Sunday morning. We can lament such realities or adapt to them.

5. Monitor the attendance of each member. This approach is often difficult, especially for worship attendance. That is why the traditional Sunday school approach of calling absentees was so effective. Perhaps churches can incorporate that approach through small groups and home groups. Members are less likely to be absent if they know someone misses them.

No matter how much you may think people no longer are committed, they still want to be a part of something that makes a difference. They have a desire to be involved in something bigger than themselves.

Unfortunately, in many churches membership has become less meaningful. Until we get our churches back to the committed membership the Apostle Paul mandates in 1 Corinthians 12, we will continue to see declining attendance. However, when membership becomes truly meaningful, our churches will become an unstoppable force for the Kingdom and glory of God.

While these five steps are no guarantee of a turnaround, they are certainly a good place to start for any pastor or church leader concerned about declining attendance.