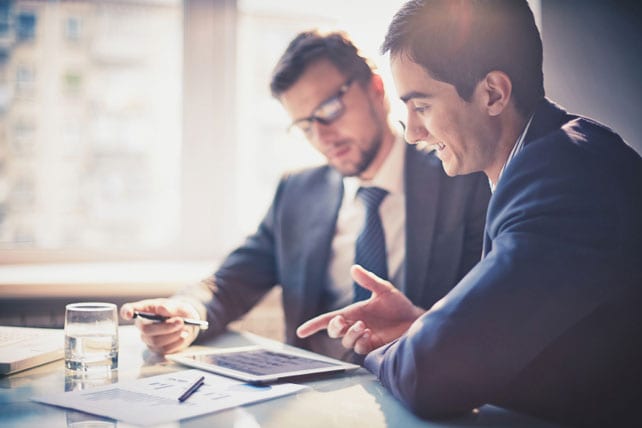 The difference between delegating responsibility and giving away delegated authority is like eggs and ham: The chicken is involved; the pig is committed.

It’s safe to say most of us have worked for a manager that used delegation as a means to a task-based end. They wanted things done, so they delegated responsibility down the ranks to employees who were told to get tasks done—or else. This kind of delegation is more accurately labeled abdication: a failure to fulfill a responsibility or duty. When a poor manager delegates all responsibility, they are setting the employee up to take the blame if the project or task doesn’t meet expectations set at least two levels above their role.

A good manager will not delegate responsibility without also providing delegated authority to ensure the employee has the ability to give direction to others in the organization, regardless of hierarchy or rank. Former Secretary of Defense Donald Rumsfeld, summed this up nicely:

Don’t be a bottleneck. If a matter is not a decision for the President or you, delegate it. Force responsibility down and out. Find problem areas, add structure and delegate. The pressure is to do the reverse. Resist it. —Donald Rumsfeld, former U.S. Secretary of Defense

There are several sequential keys Mr. Rumsfeld prescribes in this short and powerful quote, and they provide us with a roadmap on how to delegate authority.

Force Responsibility Down and Out
Simply delegating tasks misses the opportunity to shift your staff from an employee mentality to an ownership mentality.

I have a friend that works for a large defense contractor. His stories about how he’s told, “Slow down; you’re making us look bad,” or “Don’t estimate that we can do a project too quickly, even if we can. It sets us up to have to perform like that every time.” My friend’s work ethic and honesty are not valued because the hierarchy is a command-and-control environment where employees only do what they’re told (and never anything more). Likely, this developed over time from poor management delegating responsibility downstream without delegated authority—leaving employees without the proverbial chair when the music stopped. Out of a self-preservation mindset—an employee mindset—these team members now take three to four times longer to do a project than it should take. (And we wonder why our defense contracts are constantly over budget … but I digress.)

Forcing responsibility shouldn’t mean the manager is free-and-clear, but that the employees given the ownership have the ability to lead cross-functional teams and work up or down stream to get the project completed.

Find Problem Areas
When expectations are defined at the very beginning of a project, a singular objective is defined, goals are set, strategies put in place and actionable tasks documented—then, and only then, is an organization setting their employees up for success. Assuming this is happening, finding problem areas is normally straightforward: Wherever there is a breakdown, the manager directly addresses the issue with the stakeholders. Once the issue is identified, steps are taken to move past the issue.

That sounds great, but the big ‘x-factor’ is people. Countless books and teachings have been done about hiring the right people and ensuring they have ‘the right seat on the bus,’ as author Jim Collins describes it in the classic Good to Great book. Yet, this doesn’t often happen across the board where egos and turf wars get in the way of getting things done. For delegation to really, really work well, you’ve got to have a team that is empowered to cooperate and succeed.

“The way you delegate is that first you have to hire people that you really have confidence in. You won’t truly let those people feel a sense of autonomy if you don’t have confidence in them.” —Robert Pozen, business leader and professor at MIT’s Sloan School of Management