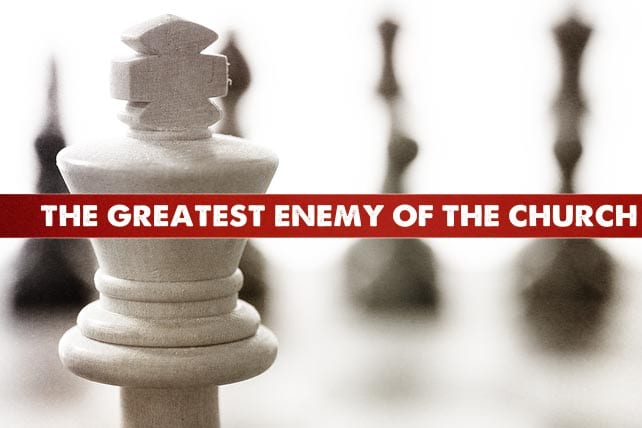 These are times that try men’s souls, but who is the enemy—the greatest enemy—of God’s people?

Perhaps it’s liberal Supreme Court judges and the sexual ethics of secular society. Or maybe it’s ISIS and the looming threat of radical Islam. Perhaps it’s the rapid increase of those that identify religiously as “none.” Or maybe it’s Planned Parenthood and others who advocate for an adult’s right to comfort over a child’s right to life and barbarically snuff out life in the very womb that is for its protection and growth.

The Real Enemy in Judges

In the time of the judges, there were some scary-strong enemies. They oppressed, they pillaged, they raped as they saw fit in their own eyes. And I’m sure if you did some man-on-the-street interviews, you would have heard all sorts of external reasons for their problems. “They have chariots and we don’t,” one Israelite might have said. “They are better fighters on the plains than we are,” says another. Or, “They have better generals, better kings; that’s why we’re not inheriting the land.”

Perhaps the Jerusalem Post of the day even ran headlines telling this tale of woe. But if they did, it would have been superficial reporting. These were not the deepest issues. The greatest enemies were not external, but internal. And the book of Judges both shouts and whispers this indictment.

Consider the last sentence in the book. “Everyone did what was right in his own eyes” (Judges 21:25). This statement is the ancient equivalent of bold, italics, underline and all caps—an example of the book shouting that the greatest enemy is internal.

Another place is Judges 2:10, which is a key verse in the book. Here the blame is laid on the fact that “there arose another generation … who did not know the LORD or the work that he had done for Israel.” Again, the foe is internal, not external.