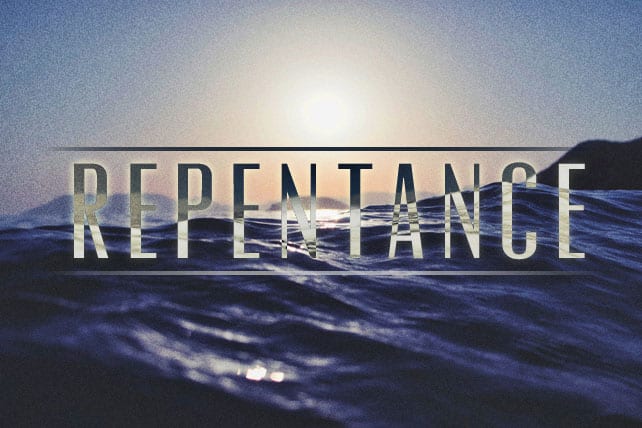 “Christians don’t need to repent,” said the young man. “Jesus died for our sins … past, present and future,” he continued, “so you don’t need to spend all of your time asking him for forgiveness. He has already forgiven you!” According to this young man, all the church needed to do was lean into its identity as righteous daughters and sons of God!

Part of me agrees with some of the points being made by those who make these types of statements. It is absolutely appropriate to place emphasis on the Christian’s ontology, namely our union with Christ. Our identity as God’s children is rooted in our connection to Jesus and our reception of the soteriological benefits related to the cross, both those experienced in the immediate and those promised on the eschatological end.

Again, there are serious problems with these two ideas, both on a biblical-theological level as well as on a practical level. To name several of the issues I think need to be dealt with:

These views fundamentally undermine explicit statements from the Bible.

The New Testament, originally written in Greek, uses the word metanoia, which is translated as “repentance,” in a number of  verses that are contextually related to Christians. For example:

“Look how far you have fallen! Turn back (metanoeo) to me and do the works you did at first. If you don’t repent, I will come and remove your lampstand from its place among the churches.” (Rev. 2:5 NLT)

“Repent (metanoeo) of your sin, or I will come to you suddenly and fight against them with the sword of my mouth.” (Rev. 2:16 NLT)

“Go back to what you heard and believed at first; hold to it firmly. Repent (metanoeo) and turn to me again. If you don’t wake up, I will come to you suddenly, as unexpected as a thief.” (Rev. 3:3 NLT)

“I correct and discipline everyone I love. So be diligent and turn (metanoeo) from your indifference.” (Rev. 3:13 NLT)