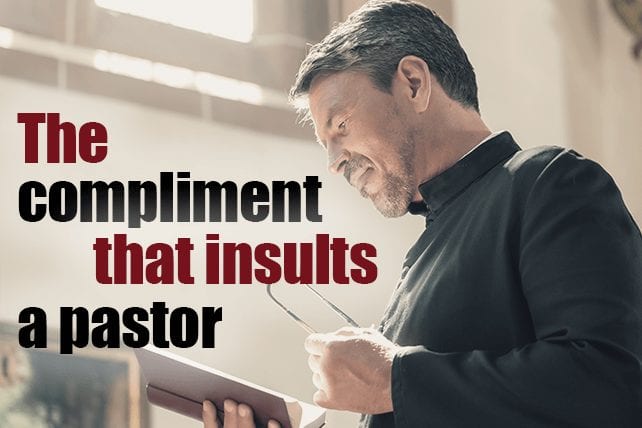 A few paragraphs from my journal of Tuesday, March 30, 1993. I had been at that church two and a half years …

At 2 p.m., I had a visitor. A former church member who will go unnamed here wanted to apologize for his being so critical of me in my first year. Couldn’t identify why he was, except a certain resistance to authority.

I forgave him. The pain is that he is a minister of sorts, someone I had a lot of confidence in and did not know he was doing this. He said, “I hear from people in the last month that you have changed.” Why am I offended by that? I said, “I haven’t. I’m the same person I was then.” Which is true.

Reminds me of the pain in (my last church) when people would write and say, “We love you now, but for your first year here, we hated your guts. You were in our pastor’s pulpit.” (The previous pastor had stayed only three years and had left for another church before they were ready.) And these would be dear people whom I had valued. They got it off their chest and left me bleeding.

Anyway, I’m making a real effort to leave it with the Father and to go forward. (end of journal)

Pastors know this feeling all too well …

Someone will think they are giving you a compliment by saying, “Your preaching has been so good … lately.” Or, “I was telling someone the other day, you are a far better preacher than when you first came here.”

Those kind of compliments are better left unspoken. What they do is stick a knife in the heart of the preacher. What they are are digs and jabs over his perceived failures previously. What they accomplish is to ease the conscience of the speaker while adding more burdens to the preacher.

Why do some people think they need to confess a sin they harbored in their hearts but shared with no one? I do not need to know that someone disliked me “then,” and thinks I’m worthier “now.” (Note: The usual formula is that the confession should be as public as the sin. So, if my transgression was only “in my heart,” then the confession may be limited to the Lord in private. Imagine the fallout if a man confesses to a woman that he had harbored lustful thoughts of her! Horrors!)

One wonders how church members came to see their job as issuing progress reports on the preacher’s pulpit abilities. “He’s better.” “He’s the same.” “He’s worse.”

Show me that in the Scriptures.

I suspect the answer has to do with the Reformation when the pulpit ministry became central to worship. Previously, the Eucharist (the Lord’s Supper) occupied center place in worship, as it still does in Catholic and more liturgical churches. But Protestant churches—even down to their architecture—are centered on “the preaching of the cross.”

From there, I suppose it’s a short leap to the flock deciding some preachers are better at this sermon delivery thing than others. Doubtless, even in the 16th century, after Martin Luther’s followers had multiplied and preaching became more prominent, people must have gravitated to the churches with the best preachers.

So, maybe I’m railing against something as permanent and fixed as the rising of the sun in the east. But it’s still worth saying.