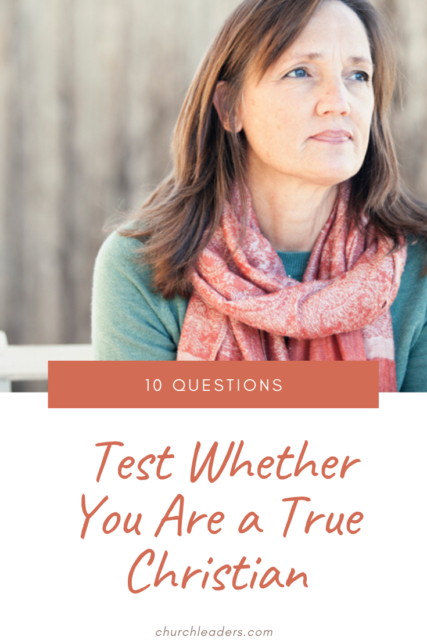 Our Lord Jesus Christ was continually “going around doing good,” while He was on earth (Acts 10:38). The Apostles, and all the disciples in Bible times, were always striving to walk in His steps. A Christian who was content to go to Heaven himself and cared not what became of others, whether they lived happy and died in peace or not, would have been regarded as a kind of monster in primitive times, who did not have the Spirit of Christ. Why should we suppose for a moment that a lower standard will suffice in the present day? Why should fig trees which bear no fruit be spared in the present day, when in our Lord’s time they were to be cut down as “cumberers of the ground”? (Luke 13:7). These are serious inquiries, and demand serious answers.

There is a generation of professing Christians now-a-days, who seem to know nothing of caring for their neighbors, and are completely swallowed up in the concerns of number one—that is, their own and their family’s. They eat, and drink, and sleep, and dress, and work, and earn money, and spend money, year after year. Whether others are happy or miserable, well or ill, converted or unconverted, traveling towards Heaven or toward Hell; these appear to be questions about which they are totally indifferent. Can this be right? Can it be reconciled with the religion of Him who spoke the parable of the good Samaritan, and bade us “go and do likewise”? (Luke 10:37). I doubt it altogether.

There is much to be done everywhere. There is not a place in England where there is not a field for work and an open door for being useful—if anyone is willing to enter it. There is not a Christian in England who cannot find some good work to do for others, if he has only a heart to do it. The poorest man or woman, without a single penny to give, can always show his deep sympathy to the sick and sorrowful, and by simple good-nature and tender helpfulness, can lessen the misery and increase the comfort of somebody in this troubled world. But alas, the vast majority of professing Christians, whether rich or poor, Churchmen or Dissenters, seem possessed with a devil of detestable selfishness, and do not know the luxury of doing good. They can argue by the hour about baptism, and the Lord’s supper, and the forms of worship, and the union of Church and State, and such-like dry-bone questions. But all this time they seem to care nothing for their neighbors. The plain practical point, whether they love their neighbor, as the Samaritan loved the unfortunate traveler in the parable, and can spare any time and trouble to do him good, is a point they never touch with one of their fingers.

In too many English parishes, both in town and country, true love seems almost dead, both in church and chapel — and wretched party-spirit and controversy are the only fruits that Christianity appears able to produce. In a day like this, no reader should wonder if I press this plain old subject on his conscience. Do we know anything of genuine Samaritan love to others? Do we ever try to do any good to any one besides our own friends and relatives, and our and our own party or cause? Are we living like disciples of Him who always “went about doing good,” and commanded His disciples to take Him for their “example”? (John 13:15). If not, with what face shall we meet Him in the judgment day? In this matter also, how is it with our souls? Once more I ask, “How do we do?”

9. Do we know anything of living the life of habitual communion with Christ?

By “communion,” I mean that habit of “abiding in Christ” which our Lord speaks of, in the fifteenth chapter of John’s Gospel, as essential to Christian fruitfulness (John 15:4-8). Let it be distinctly understood that union with Christ is one thing—and communion is another thing. There can be no communion with the Lord Jesus without union first; but unhappily there may be union with the Lord Jesus, and afterwards little or no communion at all. The difference between the two things is not the difference between two distinct steps—but the higher and lower ends of an inclined plane.

Union is the common privilege of all who feel their sins, and truly repent, and come to Christ by faith, and are accepted, forgiven, and justified in Him. Too many believers, it may be feared, never get beyond this stage!

Communion with Christ is the privilege of those who are continually striving to grow in grace, and faith, and knowledge, and conformity to the mind of Christ in all things—who “forget what is behind,” and “do not consider themselves yet to have taken hold of it—but “press on toward the goal to win the prize for which God has called me heavenward in Christ Jesus.” (Philippians 3:13-14)

He who has union with Christ does well; but he who enjoys communion with Him does far better. Both have one life, one hope, one heavenly seed in their hearts—one Lord, one Savior, one Holy Spirit, one eternal home. But union is not as good as communion!

The grand secret of communion with Christ is to be continually “living the life of faith in Him,” and drawing out of Him every hour, the supply that every hour requires. To me, said Paul, “to live is Christ.” “I live: yet not I—but Christ lives in me!” (Galatians 2:20; Philippians 1:21). Communion like this is the secret of the abiding “joy and peace in believing,” which eminent saints like Bradford and Rutherford notoriously possessed. None were ever more humble, or more deeply convinced of their own infirmities and corruption. They would have told you that the seventh chapter of Romans precisely described their own experience. They would have said continually, “The remembrance of our sins is grievous to us; the burden of them is intolerable.”

But they were ever looking unto Jesus, and in Him they were ever able to rejoice. Communion like this is the secret of the splendid victories which such men as these won over sin, the world, and the fear of death. They did not sit still idly, saying, “I leave it all to Christ to do for me,” but, strong in the Lord, they used the Divine nature He had implanted in them, boldly and confidently, and were “more than conquerors through Him who loved them.” (Romans 8:37). Like Paul, they would have said, “I can do all things through Christ who strengthens me.” (Philippians 4:13).

Ignorance of this life of communion is one among many reasons why so many in this age are hankering after the Confessional, and strange views of the “real presence” in the Lord’s Supper. Such errors often spring from imperfect knowledge of Christ, and obscure views of the life of faith in a risen, living, and interceding Savior. Is communion with Christ like this a common thing? Alas! It is very rare indeed! The greater part of believers seem content with the barest elementary knowledge of justification by faith, and half-a-dozen other doctrines—and go doubting, limping, halting, groaning along the way to Heaven, and experience little of the sense of victory or of joy.

The Churches of these latter days are full of weak, powerless, and uninfluential believers, saved at last, “but so as by fire,” but never shaking the world, and knowing nothing of an “abundant entrance.” (1 Corinthians 3:15; 2 Peter 1:11). Despondency and Feeble-mind and Much-afraid, in “Pilgrim’s Progress,” reached the celestial city as really and truly as Valiant-for-the-truth and Great-heart. But they certainly did not reach it with the same comfort, and did not do a tenth part of the same good in the world! I fear there are many like them in these days! When things are so in the Churches, no reader can wonder that I inquire how it is with our souls. Once more I ask: In the matter of communion with Christ, “How do we do?