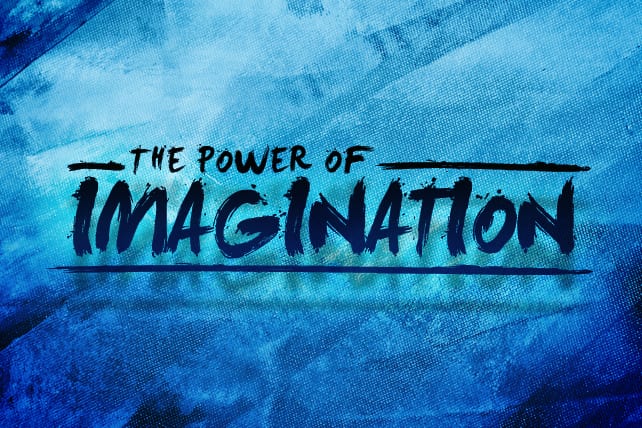 He went back and addressed each one. He asked the congregation, “What did you see when you pictured a used car salesman…a librarian…a sumo wrestler…?” And with each one he described the stereotypes and asked people to raise their hands if they pictured the same thing.

He went on from there, but I was so proud of the preacher and here’s why: Over the past 12 years when I have spoken at pastors and leadership conferences, I have urged pastors to, “Paint a picture with your words. Don’t underestimate the power of imagination.”

This reality really hit home for me several years ago. I was doing some consulting with Prestonwood Baptist Church in Plano, Texas. I had done a seminar and training for their entire creative, worship and tech leadership team. Their worship pastor at the time, Todd Bell, invited me back to speak to their entire teaching team (they had several teaching pastors plus interns), including Pastor Jack Graham, who at that time was the President of the Southern Baptist Convention.

I had prepared a class based on using visual aids, video clips and illustrations to enhance your message and was ready to go when God interrupted me the night before. God, in His gentle whisper, reminded me Jack Graham is heard on the radio all over the world and all of what I was prepared to teach on wouldn’t apply to those simply listening on the radio and not able to see a video clip.

The honest truth is too many communicators rely too much on tech; they’re lazy in their preparation and it shows. If you were to preach on a Sunday when the power went out and you couldn’t use any visuals, PowerPoint or videos, and your sermon fell apart, you’re basically admitting you had nothing to say. Videos and graphics are supplemental enhancements—they can’t be the meat of what you communicate. Read those last two sentences again.

Please know I’m all for using media and have taught on it widely, but I always caution my audience to not let the “tail wag the dog.” You should never say, “Hey, I found this cool video clip. Let’s build a message around it.” This way is backwards. Plan to preach what God has laid on your heart, rooted in Scripture, and if there happens to be a video clip which supports or illustrates one of your points, great! But it must be in a supporting role.