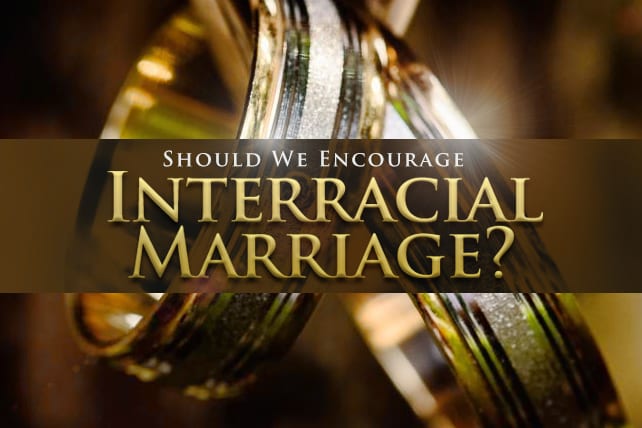 We get a surprising number of questions on interracial marriage—and we take them seriously. We should. They come to us seriously. And this one comes from a young Asian-American woman: “Dear Pastor John, my boyfriend and I are both believers in Christ and have been dating for almost 18 months. We love each other very much and really want to get married, however my boyfriend has a conscience struggle because he has been told in the past that interracial marriage is a sin. We are of different nationalities (though born in the same city and country and raised in the same high school). The only thing different is our skin color and cultural differences that every family has. My boyfriend really is trying to look at God’s word to see what God teaches on the issue of interracial marriage, he’s listened to many good sermons on the topic, but he still feels ‘in his conscience’ like it may be wrong to marry someone from another ethnic background. This causes him lots of heartache because he has the desire to marry me.”

So, I don’t take this struggle lightly, and I very much would love to persuade this young man that biblically his conscience should be clear in marrying a godly, Christ-exalting, otherwise compatible woman, whatever race she is. That is what I hope I can do.

Now, I know—and I was one and I was related to hundreds—I know that among thousands of Christians there is a conviction that this kind of opposition to interracial marriage is grounded in Scripture: The Scripture teaches it is wrong to marry across races. Here is an example from a letter that I got some years ago:

“As individuals, they [blacks people] are precious souls for whom Christ died and whom we are to love and seek to win. As a race, however, they are unique and different and have their own culture. I would never marry a black. Why? Because I believe God made the races, separated them, and set the bounds of their habitation (Deuteronomy 32:8). He made them uniquely different and intended that these distinctions remain. God never intended the human race to become a mixed or mongrel race. So, while I am strongly opposed to segregation, I favor separation—that the uniqueness with which God made them is maintained.”

That is what I believed when I was 15 years old. And it bore ugly fruit. But, of course, we don’t base our behavior or our beliefs—we shouldn’t, anyway—merely on ugly fruit and outcomes of beliefs, but whether they are, in fact, biblical. So, let me give four brief pointers to the way the Bible, I believe, supports the marriage of believers in Christ Jesus regardless of race.

1) All races have one ancestor, Adam, created in the image of God, and all humans following from him are in God’s image such that there is essentially one Godlike human race. “So God created man in his own image; in the image of God he created him; male and female he created them” (Genesis 1:27).